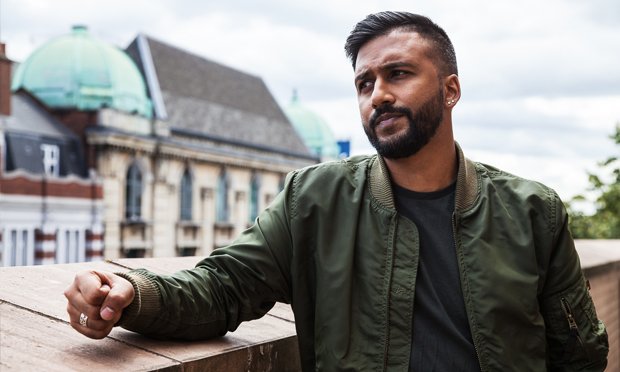 The team behind programming at the Hackney Empire has a new head, as it was announced today that Yamin Choudury will fill the vacancy left by the departure of 20-year veteran Susie McKenna in January 2017.

Choudury moves from his role as Executive Producer of Creative Learning, where he was involved in initiatives like the Empire’s Artist Development programme and educational workshops for even younger talents, and becomes Artistic Director of Programming.

Susie McKenna will maintain her part time role as Associate Director, allowing her to work on productions like the famous Christmas pantomimes that she has written and directed for Mare Street’s historic playhouse since 1998.

This year’s 20th anniversary edition panto will be Aladdin, running from 24 November to 6 January 2019. Other forthcoming shows at the Empire include even more performances of the Royal Shakespeare Company’s Macbeth and a taping of Russell Brand’s forthcoming Netflix special.

Choudury, who has done theatre work in China, Australia, and the less far-flung Haringey Shed in the past, told the Citizen: “I have always felt deeply honoured to be involved in this amazing building in many ways over the years; from sweeping the steps in 2004 to producing the Olympic Torch Relay events on Town Hall Square in 2012. Hackney has a history of embracing new and exciting cultures, stories and ideas and I’m very lucky to be a part of it!

“Hackney Empire is definitely not just a stage, the heart of the organisation is our community and I look forward to working together to create the next chapter in our histories.“

Jo Hemmant, previously of Arts Council England and a producer on the Olympic-linked London 2012 Festival, also gets a promotion, becoming Executive Director of the Empire.

The 1,275-capacity venue and registered charity is also currently fundraising for their stage, which they say is now “in desperate need of replacement”. You can donate to that appeal here.

← Councillor calls for CCTV cameras on Cazenove estate to stop drivers blocking emergency accessSPACE is the place: we delve into a new book celebrating 50 years of the artistic engine of East London →