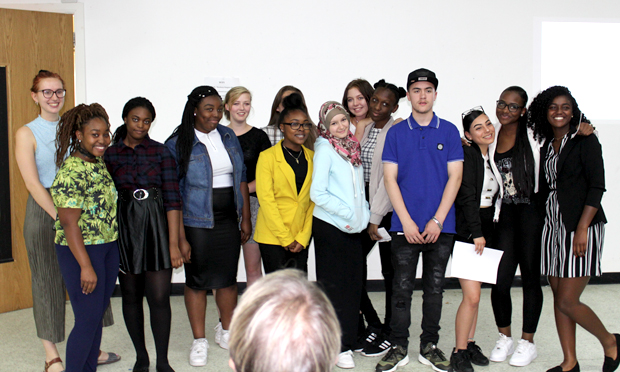 How do you get to Hackney Empire? Joke book aficionados may well cry “practice!” while the more practically minded will be opening Citymapper.

For those looking to actually work at the hallowed playhouse in the future, the route is much less clear. With the Arts Council’s £2,9m A Night Less Ordinary scheme now dead in the water and the Tea House Theatre busy offending millennials, youth engagement with theatre is not at its highest.

This issue was the impetus for the latest of the Empire’s ‘Creative Learning Programmes’ for those aged 14 to 16. For a week, 12 youngsters shadowed key professionals from within the theatre’s family, culminating in The Apprentice-style pitches in which two teams present a fully planned, costed Empire production. They invited me down to watch.

“Watch out for those cables yeah? Don’t fall over and bust your face,” instructs Yamin Choudury as I arrive at the Empire 2 rehearsal space behind the main hall. Choudury co-leads the project along with Rachel Horowitz, who advises me to jump right in and chat to the children, as “they aren’t shy.”

While the two teams limbered up for a dynamic pitch, I learnt about the participants’ busy week.

They started off with a tour of the building, meeting and greeting key creatives and behind-the-scenes staff – before the real work began.

Candidates were able to specialise depending on their nascent interests. Some have more of a business or design head, whereas some are keen performers, such as Tamia-Renée Codrington, who nonetheless spoke of how “fun [it was] to see what comes behind it.” 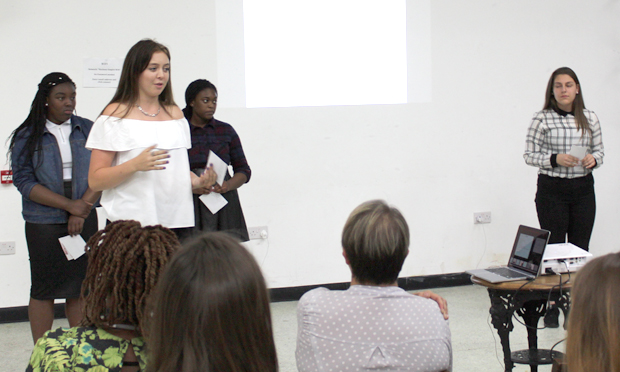 When the great and the good of the Hackney Empire took their seats and the lights went down, it was time for the 12 to deliver their ideas. The first team’s proposal was Abandoned, a promenade-style, partly musical performance set during World War II, aimed at educating those aged 15+ about the Holocaust.

The group brimmed with confidence (one member informed the gathered audience that “I’m pretty sure you will [sign the contract]”) backed up by solid financials, with their fictional £25k budget split between marketing, fees, venue costs, and even a contingency fund.

They did, however, meet some tough questioning from the crowd: notably from Executive Producer Clive Chenery, who gave them the benefit of his years in the entertainment biz. 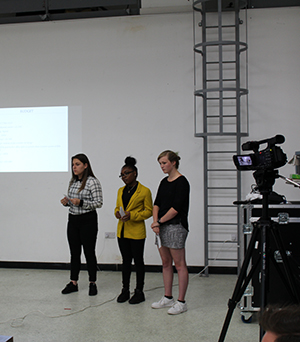 This pitch shed light on how switched on young people in the borough are to the issues of gang crime and mental health stigma, both of which were set to feature at the heart of Stand Up’s agenda.

The team dealt admirably with my question, about how to manage or head off potential controversy that may arrive from naughty musicians with a live microphone (their proposed cast included the outspoken grime artist Wiley, who has beefed with Rizzle Kicks, Glastonbury, and the entire county of Cumbria in the past.)

After some more feedback, both teams got a well-deserved ovation from the assembled professionals, led by former Creative Director and panto head honcho Susie McKenna.

Later, I caught up again with Rachel Horowitz, who extolled more benefits of the work experience week: “We wanted to give young people the opportunity to think and act independently.

“We do this within the context of theatre producing, as this is where our expertise is, but the skills of creating, preparing and presenting a fully formed idea to a room full of professionals is transferable into any context of work.

“At the beginning of the week the young people said it was important to them to show that young people don’t deserve a negative reputation. The pitches they produce are of such a high standard, I hope they walk away knowing they’ve proven to everyone in that room that this is only the start of what they can achieve.

“I hope we have the chance to work with them one day!”