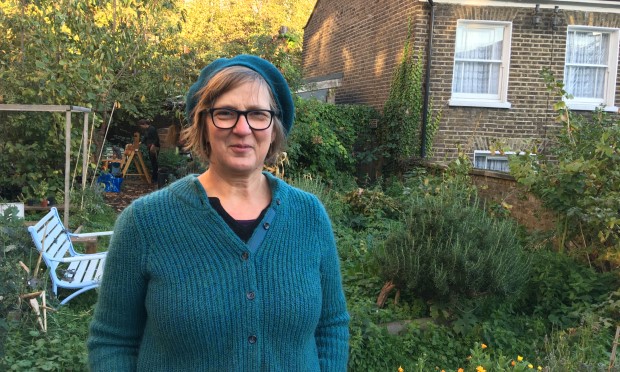 I’ve read some terrifying articles recently about species dying out.

According to the New York Times, in a piece gently titled ‘The Insect Apocalypse is Here’, the number of flying insects in parts of Europe has decreased by 75 per cent over 27 years.

Half of all farmland birds in Europe have disappeared in three decades.

You may also have noticed that there are no squashed insects on car windscreens or moths fluttering around lights any more. 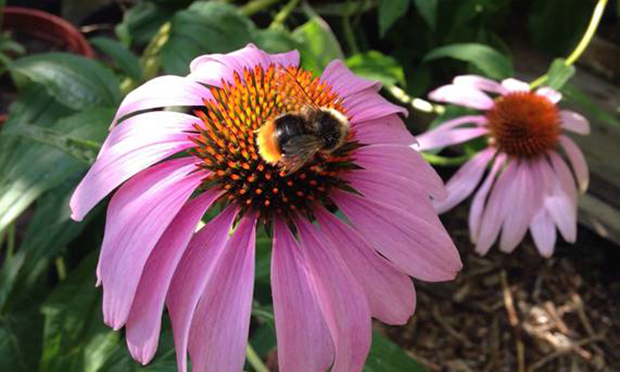 For many this will be a relief; most people don’t like insects and wonder why this matters – especially when invertebrates make up the majority of life on Earth. 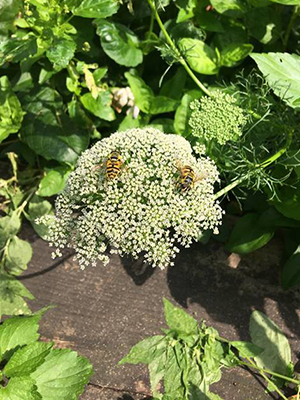 “Often small, insignificant flowers forming ‘umbels’ provide the best nourishment for pollinators like these hoverflies pretending to be wasps.”

But, to oversimplify a complex system, without insects providing food for the birds, which provide food for the mammals, everything declines.

Not only that, but insects (not just bees), of course, pollinate most crops.

Insects are keeping the whole lot of us going.

One reaction to this bad news is to just despair: how can we possibly reverse such an awful catastrophe? It’s too big and too late.

The other response is to get involved with something like 10xGreener which says we can all do something – or even nothing – and make things better.

The main reasons for the decline of insects are the use of herbicides and insecticides, lack of food (nectar from a variety of flowers) and lack of habitat.

We can do something (or nothing) about all of these things. 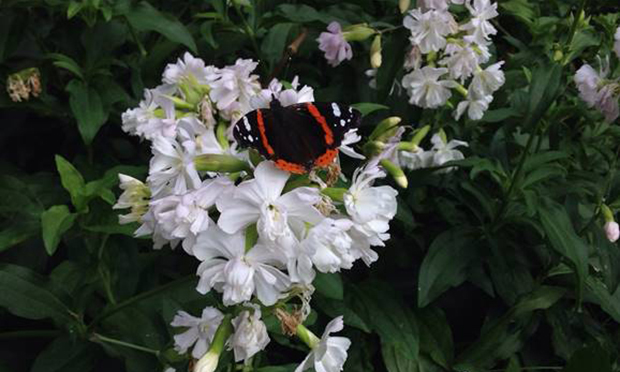 “Five species of butterfly and more than 50 moths have become extinct in the UK in the last 150 years and most remaining species are in decline. They are indicators, as the charity Butterfly Conservation says, that ‘something is amiss’.” 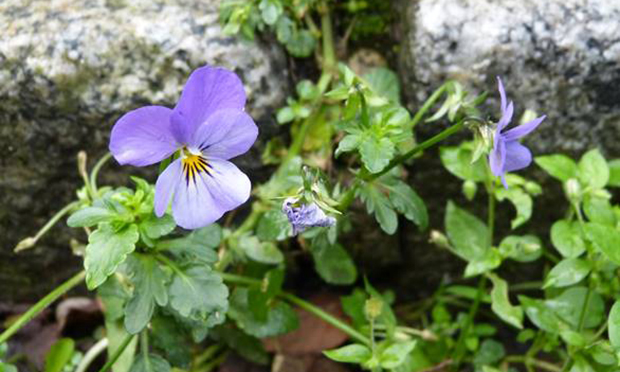 “Plants will often find their own space. This viola has been flowering for weeks in a crack in the pavement.”

I’ll be running free monthly 10xGreener gardening sessions over the next year and on 16 February we’ll have a ‘Nature is Smashing’ day when we’ll be pulling up paving and drilling holes to make space for plants and invertebrates in the Daubeney Road area of E5.

Kate Poland is an award-winning community gardener who runs social enterprise Cordwainers Grow. She was also chosen to be the UK’s first ever postcode gardener in E5 as part of Friends of the Earth’s 10xGreener project.