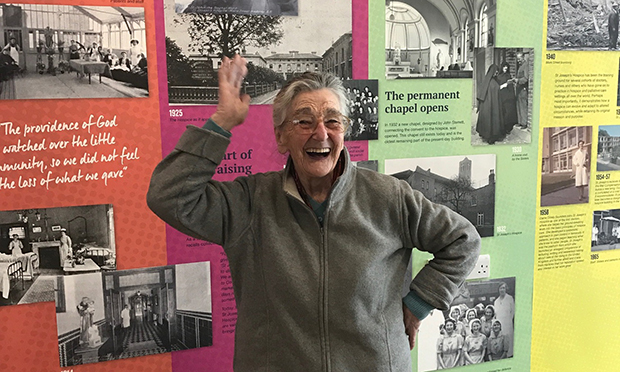 How would you mark the occasion of your 90th birthday? A nice meal with friends and family? A surprise party? Not Hackney’s Irene Lewington.

The soon-to-be nonagenarian has announced she will celebrate reaching the milestone by jumping out of a plane and raising money for St Joseph’s Hospice in Hackney Central.

Irene, who was born and bred in the borough, will complete her skydive on 21 May. She is also a keen drag racer and go-karter.

Irene chose to fundraise for St Joseph’s in memory of friends who have died at the hospice in recent years.

She believes it’s the best place for people to rest up when they’re ill.

St Joseph’s, founded in 1905, is one of the oldest and largest hospices in Britain. It cares for over 4,000 people a year from the diverse communities of East London, but has to find £16 million every year to fund its care – more than half of that through charitable donations.

Irene has set a target of £600, and was just over halfway there at time of writing.

You can help Irene reach her goal by donating at bit.ly/ireneskydive