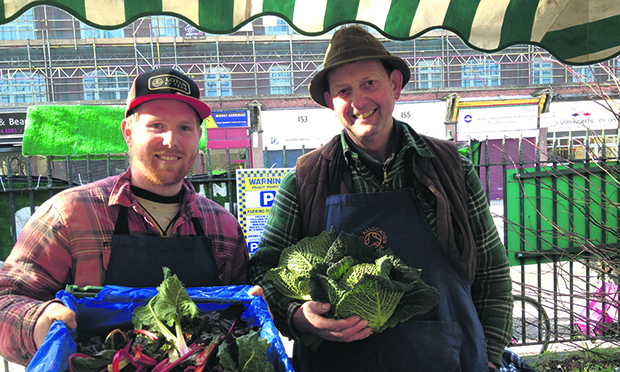 Rhubarb, rhubarb: Ripple Farm has had a stall since the market first opened. Photograph: Growing Communities

A Stoke Newington farmers’ market celebrates its 15th anniversary this Saturday – and is putting on a big party to showcase everything that makes it special.

The market, run by Hackney-based not-for-profit Growing Communities, is the only fully organic offering in the capital.

“For example, Hatice Trugrul has been making fresh Turkish börek at the market for over 10 years and PaMa, who make homemade pickles, ferments and kombucha, have expanded their production massively since they began selling at the market.” 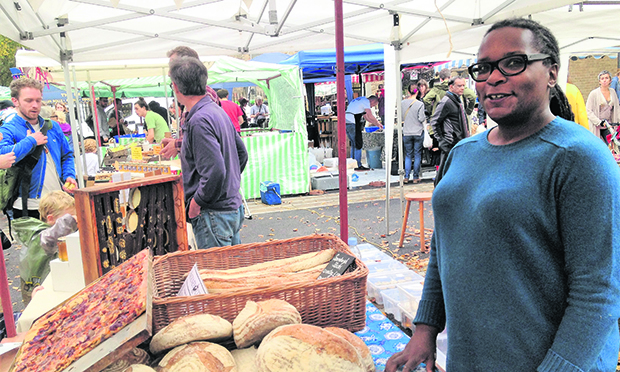 The weekly market, which is held at St Paul’s Church, also helps to connect communities.

Better Health Bakery is a social enterprise, based in Haggerston, which trains people recovering from mental illness. It has had a stall at the market for six years.

Boss Sarah Lo said baking is a “therapeutic activity that gets people back into a social and working environment”.

She added: “An unexpected bonus of being at the market is that people really get to know us and understand the ethos of what we do. We’ve had a lot of volunteers come to us through the farmers’ market.”

Growing Communities says the market has also had a big impact for the farmers over the years.

According to the government’s Department for Environment, Food and Rural Affairs, almost a third of farms under 50 hectares disappeared between 2005 and 2015.

But the market has helped its farmers buck that trend.

Ripple Farm in Kent has had a stall since the very beginning in 2003.

Martin Mackey, who runs the farm, said: “It’s so great to be able to sell your crop directly to a human who looks at it as food and not as a commodity, and therefore respects its value. Selling at the market means we as producers get paid fairly. That’s where Growing Communities is great.”