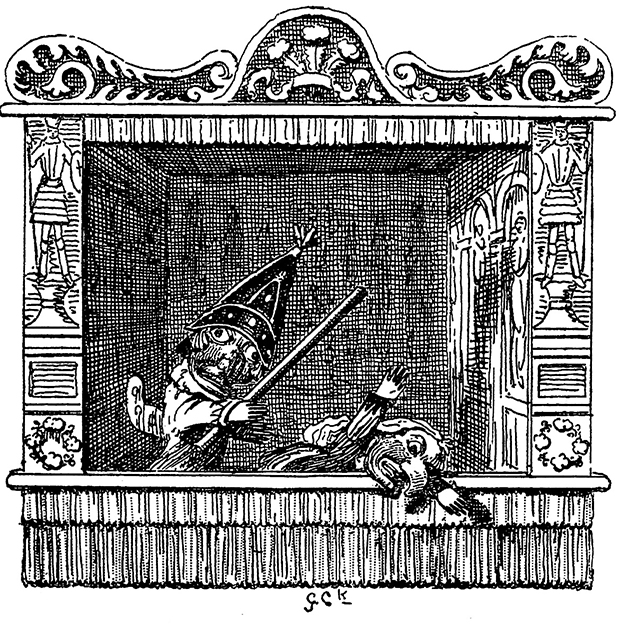 Scene from a Punch and Judy show

The Punch and Judy show, once as synonymous with the seaside as donkey rides and fish and chips, has been radically re-imagined in a touring exhibition now at Peer Gallery in Shoreditch.

Love Life sees artists Jonathan Baldock and Emma Hart bring out the sinister and violent tendencies of the popular children’s show that some claim makes light of domestic abuse.

The exhibition is to be held in three ‘acts’ across three venues – in Shoreditch, Blackpool and Bexhill-on-Sea – over the space of a year.

In the first ‘act’, at Peer until the end of the year, the artists transform the puppet booth home of the characters into a grotesque domestic space, strewn with crudely-made props, possessions and knick-knacks. 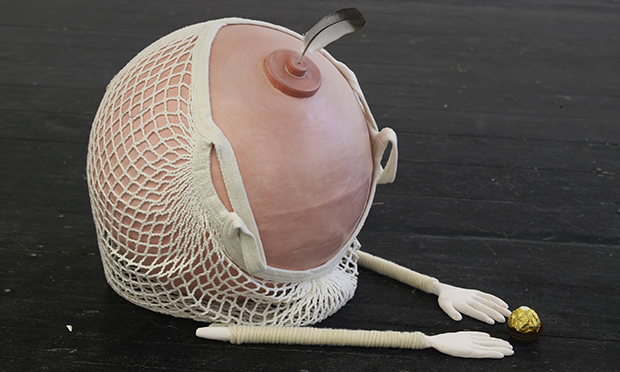 A string of real sausages, shaped to form the words ‘YOUR BACK’ accompanies a huge ceramic locket, squeezed out toothpaste tubes, a washing machine spewing out its contents as well as multiple ceramic feet.

These eerie unfinished narratives are played out as the melodramatic strains of Jon and Emma, the exhibition soundtrack adapted from puppeteer Stan Freberg’s 1951 cult record John and Marsha, resonates across the gallery. 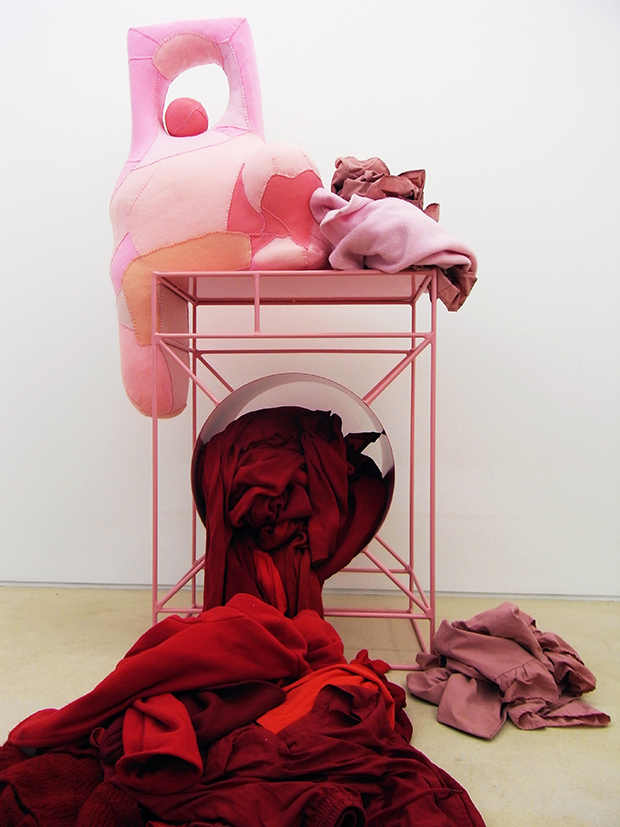 ← Britannia Leisure Centre given £300,000 refit – despite plans to knock it downBurglars strike again at Black Cat Cafe – just weeks after last break in →