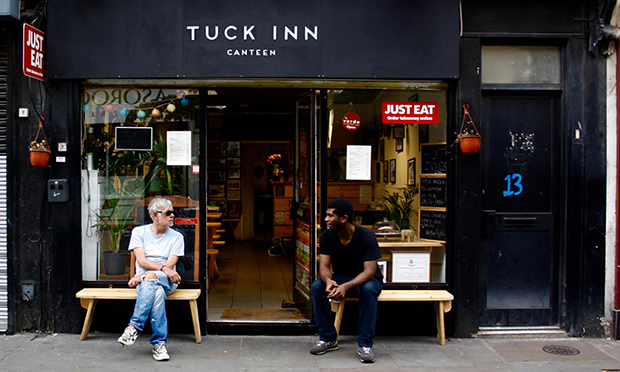 Soul food: Dalston’s Tuck Inn Canteen was one of the first to sign up. Photograph: Keymea Yazdanian

A group of Hackney restaurants will soon be helping the hungry in more ways than one, thanks to a charity food network which launched last month.

A campaign cooked up by social enterprise Ernest brings together local eateries to raise money for Spitalfields Crypt Trust and Hackney Migrant Centre, which distribute food to those in need.

Until January, participating restaurants will either add a few optional pennies to each bill or to a particular menu item, with the proceeds going towards a year’s supply of food and kitchen equipment for both charities.

The approach is based on a French model, Ernest UK’s founder Eva Tausig revealed: “It’s quite a sweet story. Ernest was set up by my French exchange from when I was 16, and her idea was to sign up restaurants in one of Paris’s arrondissements – or boroughs – to help local charities in the same neighbourhood.”

Paris doesn’t have as many food banks as London or such a developed food distribution network, Tausig explained, so Ernest “really took off”.

The strategy worked well when Ernest exported it to Toulouse, and also when the charity teamed up with a Paris mosque close to the Bataclan concert hall – the scene of last year’s horrific terror attack – to promote community cohesion.

After Ernest’s rapid success in France, the team began to think about launching its first campaign in the UK, and Hackney was deemed the most fertile destination.

Tausig said: “There are lots of independent restaurants and community initiatives in Hackney, so we thought people would be very open to trying the idea.”

But it hasn’t all been smooth sailing, with Tausig admitting that signing up restaurants in the borough has been “difficult”.

“Even in Hackney, the person making decisions for a restaurant often won’t be there – you have to go through three of four people in the chain of command. 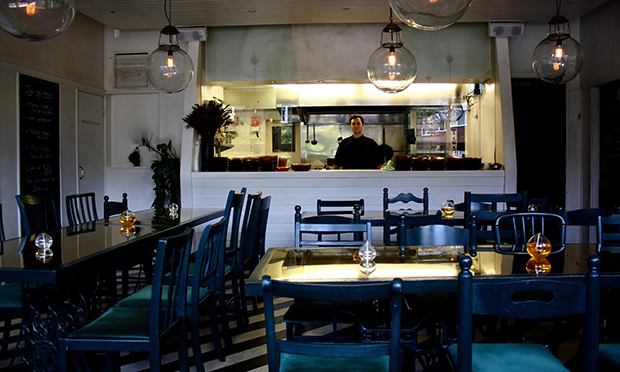 Morito, Viet Hoa, Clutch and Tuck Inn Canteen are among the first places to sign up to the so-called “solidarity tax”, with more to be announced soon.

A portion of the money raised will support the Spitalfields Crypt Trust’s cookery program, which provides training for people who have been homeless and suffer from addiction or poverty.

The rest of the funds will help the Hackney Migrant Centre deliver weekly meals for asylum seekers and refugees.

“We want to support charities that are interested in long-term solutions to food poverty. Both offer drop-in food services, but they’re also coming up with lasting plans to help those in need,” Tausig said.

Ernest is planning a number of events during the campaign, including supper clubs and foodie talks, which will be run and attended by the restaurants and charities involved. It’s all part of the charity’s plan to engender local relationships and create a self-sufficient, personal model for the community.

The team has applied for a Healthy Neighbourhood grant from Hackney Council which would help with future campaigns, and Tausig said it would be “awesome” if the council wanted to be support the charity in any way: “A local solidarity network is certainly something the council could be involved in.”

As for the future, Tausig is in preliminary discussions about franchising Ernest’s community-led model and talking to other like-minded charities in London about co-ordinated campaigns.

But for now, the campaign in Hackney is giving the team plenty to chew on.

For more information about Ernest or if you’re interested in signing up to the campaign, visit the website here.