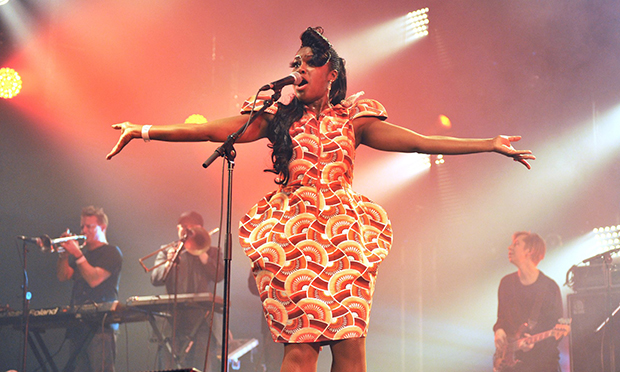 Rough Trade’s 40th anniversary series reaches its climax with a night of bands at Moth Club including a set from Ibibio Sound Machine, an ‘Afro-soul’ group inspired by the sounds and folk tales of West Africa, delivered with a healthy dose of post-punk and electro.

West Country folk rock comes to Hackney as the original members of Show of Hands reunite nearly 25 years since the legendary duo started out.

The Mercury Prize-nominated singer and song collector joins forces with the City of London Sinfonia for a night of traditional English folk at one of Hackney’s most atmospheric venues.

Ukulele-tinged indie pop may have had its day, but Scandinavian singer-songwriter Jens Lekman keeps going strong, with an ever-growing repertoire of songs both disarmingly romantic and wryly humorous.

Brighton new music festival The Great Escape is talked about as Europe’s answer to South by South West, and now the festival has its own East London offshoot, featuring a coterie of 50 top acts that you probably haven’t heard of yet. Our tip? R&B artist Ray BLK, who we hear is set for big things.

← Dish up, dish out: Hackney restaurants sign up to ‘solidarity tax’ to fight food povertyDalston resident pleads with Hackney Council to act over mould hell →