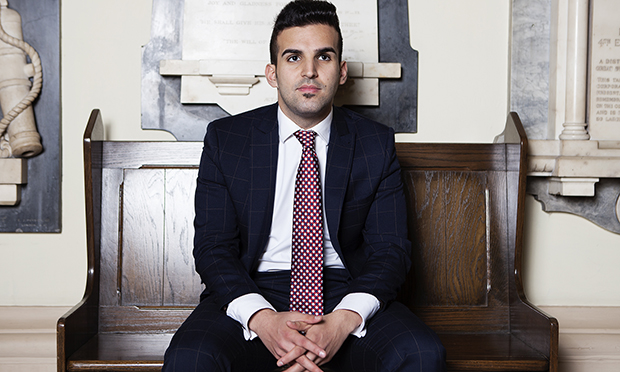 Cllr Mete Coban, who proposed the motion on education

Opposition politicians at the Town Hall cried taunts of “Shami Chakrabarti!” and “Diane Abbott!” at Labour councillors who supported a motion backing “inclusive education” in Hackney.

The Labour figures’ names were invoked because of their apparent hypocrisy in sending their children to private schools.

But Mete Coban, the Stoke Newington councillor who proposed the motion, said citing individuals’ decisions about schooling missed the point.

Asked by the Hackney Citizen if he thought Chakrabarti and Abbott’s choices were defensible, Cllr Coban said: “People use that as an argument against us defending comprehensive education, when actually that’s their personal thing.

“We’re not saying we agree with it, but actually the argument here is about comprehensive education, and we shouldn’t let that detract from our argument.”

Cllr Coban’s motion, seconded by Cllr Sophie Conway, was passed (no surprises there since the vast majority of Hackney’s councillors are Labour). Two Conservative councillors in attendance opposed it, and Liberal Democrats Cllr Abraham Jacobson and Cllr Ian Sharer abstained.

With a nod to Chakrabarti’s appointment to the role of Shadow Attorney General by leader Jeremy Corbyn, Cllr Coban’s Labour colleague Cllr Jon Burke had earlier cheekily tweeted: “Some free advice – don’t join a ‘socialist’ Party if you pay £18k a year to have your son educated privately.”

Some free advice – don’t join a ‘socialist’ Party if you pay £18k a year to have your son educated privately. #educationnotsegregation pic.twitter.com/S1CGLaVRkY

But this did not stop Lib Dem Cllr Jacobson from taking a swipe at him.

“There seems to be something within the Labour group,” Cllr Jacobson said during the debate last week. “You’ve got the Labour group and the Corbynites and the Momentum lot there. And as soon as you get a bit of money – maybe, you know, if Cllr Burke gets a pay rise he might send his kids to a private school.”

At this, Cllr Burke shook his head.

Cllr Jacobson then added: “For many people, grammar schools have been a centre of excellence – for poor people as well. Many, many people who are very bright but do not have the money to afford to for their kids to go to private schools like Shami Chakrabarti and Diane Abbott.”

But he said he had “no idea” what the motion’s reference to supporting an inclusive education campaign launched by Mayor Philip Glanville meant, and he therefore would not vote.

Cllr Anntoinette Bramble, the council’s children’s services chief, said afterwards: “Because the majority of children go to comprehensive schools, putting more grammar schools in certain areas will not help those children, who will not get selected for those grammar schools.

“So it does not improve education for the majority of children, whereas comprehensive education is accessible for all.”

Cllr Coban suggested it was “pointless” to expand grammars “when you could just invest in your existing schools”.

He said: “Look at examples like Hackney. Why don’t you just do that?

“Why create a separate school system?”

He added: “If we look at the the admission policies of the 163 grammar schools, 90 of them do not take into account a child’s eligibility for free school meals. So it doesn’t benefit kids from disadvantaged backgrounds.”

← Behind This Wall, Hackney Central, review: ‘a perfect date bar’Dish up, dish out: Hackney restaurants sign up to ‘solidarity tax’ to fight food poverty →