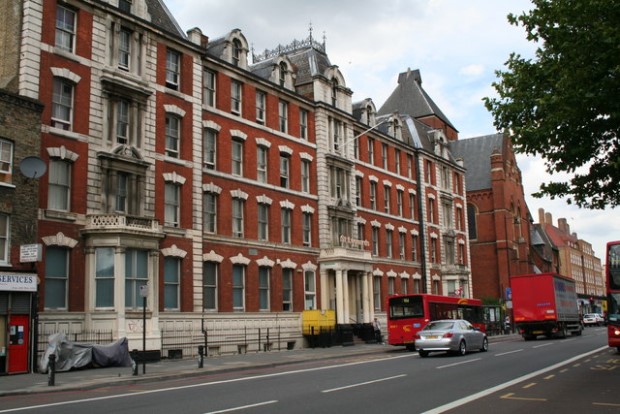 Campaigners have made calls for public consultations to be held on any future sales of NHS land or buildings in Hackney which are deemed under-used.

The borough’s branch of Keep Our NHS Public spoke out at a 26 September meeting of the Health in Hackney Scrutiny Commission, during a presentation of an updated “estates strategy” by the City & Hackney Clinical Commissioning Group (CCG) and the East London Health & Care Partnership (ELHCP).

The strategy derives from guidance from the London Estates Board, under which NHS trusts are encouraged to sell unused land and buildings and reinvest the proceeds into London’s health and care system.

Hackney was announced as one of five pilot areas for the scheme in 2015, and CCG members present at the meeting described the borough as a “test site” for the strategy.

Keep Our NHS Public campaigner Carol Ackroyd said: “I’m sure all members of the commission will be aware there are strong statutory duties around consultation and any disposal of property.

“Its complex stuff, and the ownership is complex, but somebody should be consulting the public about any disposal or change of use of property.

“I certainly haven’t been consulted, and would hope that in future Keep Our NHS Public, as people who are very concerned about the future of the NHS, would be consulted as a body.

“We need the specific details of the strategy. We know this information is available, as we’ve been asking for it in forums across North-East London.

“Until we see the very specific proposals about what services the intention is to provide where in the future, how can you possibly make a decision that any particular property is surplus to requirements?”

The ELHCP state that the strategy seeks to move towards reducing estate costs, as well as to improve estate utilisation by 75-85 per cent, with less non-clinical space and a more efficient use of resources.

A 2015 review by City & Hackney CCG also found that more than two out of every five of its estate’s GP practice premises would require significant investment for redevelopment.

Sites singled out in the recent strategy document as in potential need of significant investment are Somerford Grove Practice and Wick Health Centre.

St Leonard’s Hospital is also mentioned, with the document stating that around 25 per cent of its space is “unfit for use due to poor/dilapidated condition and poor space flexibility”.

A population growth of 384,000 is expected over the next 15 years in the  ELHCP catchment area, equivalent to the population of Middlebrough.

CCG managing director David Maher said: “If that population were to be accommodated healthwise, we would probably need something like another 600-bed hospital, which clearly isn’t going to happen.

“So we need to start thinking about shifting the model of care in order to be able to accomodate this new population.”

Maher moved to reassure attendees at the commission that consultations would be carried out on any disposal through an estates’ neighbourhood group.

The CCG also stated: “The strategic approach focuses on working with practices and populations to retain the local and neighbourhood aspects of general practice, whilst developing the ability to offer more comprehensive, wide-ranging services.”

It is understood that an ELHCP document with more specific proposals on where the estate could see sell-offs is expected to be published after 4 October, with a CCG strategy hot on its heels.

CCG members at the meeting described the strategy as it stands as “a statement of ambition rather than a hard and fast strategy, a living moving document as we try and collectively pull ourselves together.”

Whilst City & Hackney CCG does not directly own the estates under its purview, it is responsible for meeting the rental costs of under-used “void spaces”.

The ELHCP strategy underlines that any receipts from asset disposal would stay within London.

Cllr Yvonne Maxwell (Lab, Hoxton West) said: “You talk about disposing of assets, and Hackney being used as a test site.

“Areas like St Leonard’s, for example, have a lot of services in it. Local people don’t see it as an asset, but as where they have a service.

“How can we make sure receipts from disposal stay in City & Hackney? Because the temptation will be to plug gaps elsewhere in London.”

Maher responded that while this would be down to “give and take” in wider negotiations, and that discussions were ongoing “to see how far we can push realisation of capital on that estate”.

Cllr Ben Hayhurst (Lab, Hackney Central) added: “If it’s the case that something as big as St Leonard’s gets presented to the public for disposal as a fait accompli, you can see it is going to be a disastrous situation.”