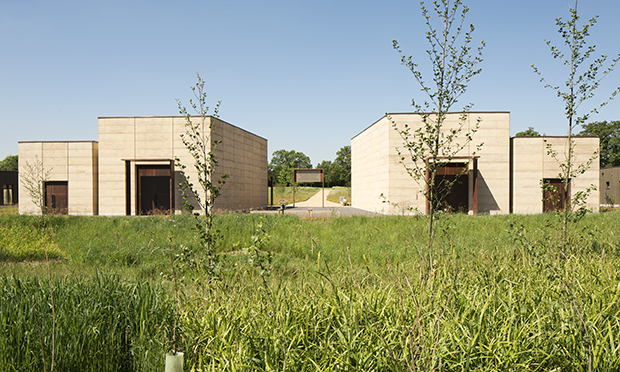 The firm, which set up shop in the borough in the late 90s and has since gained renown for its pioneering work using environmentally-friendly timber, got the nod from RIBA for its extension of Bushey Park Cemetery, a well-known Jewish burial site on the outskirts of Watford.

Waugh Thistleton designed and built a series of service rooms and two prayer halls, where the walls are made from biodegradable materials that can be “ground back into the earth” when the site is full.

The judges praised this aspect as a “poetic response to the programme for the cemetery and the traditions of the Jewish faith”.

RIBA shortlists six buildings for the Stirling Prize every year, and 2018’s winner will be announced in a ceremony at The Roundhouse in Camden on 10 October.

Waugh Thistleton will be up against an Oxford University auditorium, an art gallery in Cornwall and media giant Bloomberg’s new central London offices, among others. 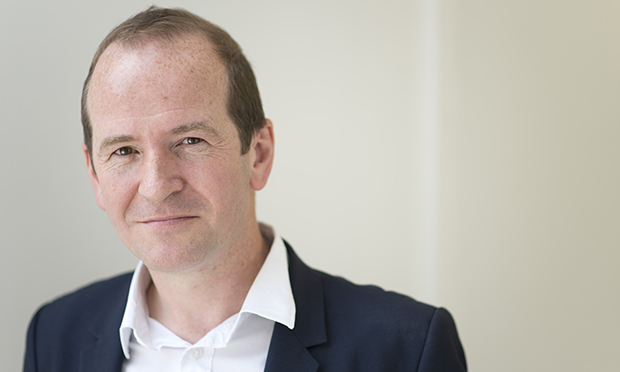 An elated Andrew Waugh, who co-founded the practice with Anthony Thistleton, told the Citizen: “I woke up at 4am every morning for about a week after we found out – always with a stupid grin on my face.

“It was totally unexpected but amazing. And it’s great for the practice – it reaffirms our design ability, which is really important to us.

“Our focus on the environmental impact of buildings means we’re sometimes dismissed as technical experts, but we’re not – we’re designers.

“We’re interested in buildings that have a low environmental impact and are sustainable, but we don’t wear that like a hair shirt.”

The practice has worked on a number of synagogues in the past, but the cemetery is the first such project that it has designed and built to completion.

Waugh says his involvement has given him a fresh insight into the Jewish burial process.

“It has been honed over centuries – and it’s incredibly respectful and cathartic,” he explained.

“The Jewish approach compared to the borough crematorium is just on a different sphere of honour and respect – the community really knows how to bury its dead.

“I’m not Jewish, but it was so precious to have an opportunity to understand the burial process, and I think non-religious communities can really learn something from it.” 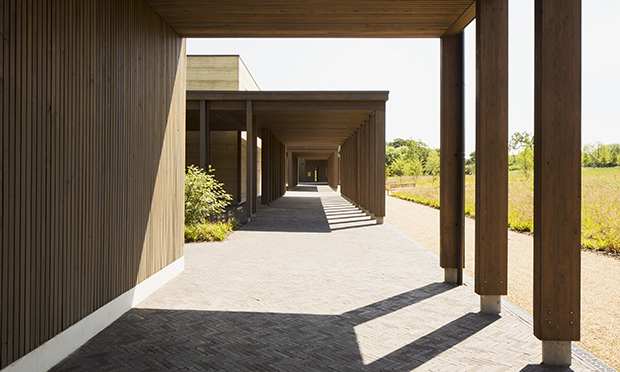 When asked about the biodegradable walls, built using rammed earth, a natural mix of compressed soil excavated on site, lime stone and sand, Waugh said: “Interestingly, one of our engineers managed to track down a guy in southwest Australia who’s been working with rammed earth for years.

“After many Skype conversations – often first thing in the morning or last thing at night for him – he agreed to take on the project.

“He flew over, employed half a dozen local lads, trained them up, bought two caravans, a barbecue and a fridge freezer and camped there while they just got on with the job – it was amazing to watch.”

The use of natural materials is nothing new for Waugh Thistleton.

The practice is regarded as a pioneer in the use of cross-laminated timber (CLT), and designed what is currently the largest CLT building in the world, a 10-storey apartment block on Dalston Lane.

Waugh, who lives in a CLT building in Hackney, is enthusiastic about the benefits, not just for residents but for the construction industry in general.

“It is faster, quieter and cleaner than concrete or steel. There is no toxicity, no gas masks, no gloves – workers are putting these buildings together with cordless screwdrivers,” he said.

“It’s especially important in an urban environment, where people are already exposed to heightened levels of pollution.

“The Dalston Lane development, if it had been built using concrete, would have meant over a thousand deliveries – imagine the impact on people living nearby, and on the local environment.

“With timber, we did it in under a hundred deliveries.” 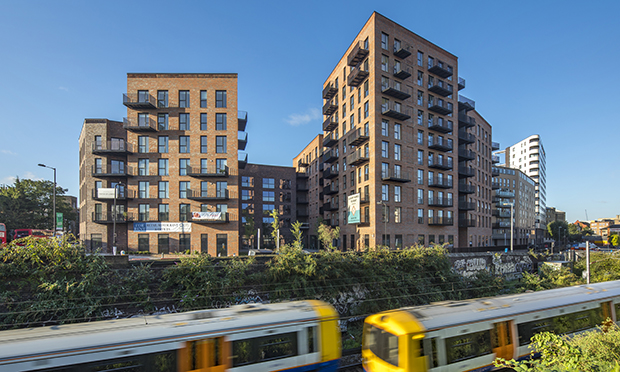 Waugh says living in a natural home is also better for your health – both mental and physical.

“Research by the Austrian government found that people living in timber buildings get 20 minutes more sleep every night. I certainly get that – even if it means I’m sometimes late for work!

“We know the benefits of natural food and clothing, so why not buildings?”

One of the upsides of timber is its ability to store carbon dioxide and clean the air around it, at least until it is full, which can take years.

But perhaps more importantly for the long-term impact on our world, CLT comes from a replenishable resource – trees.

It is estimated that the wood used at Dalston Lane took just three hours to regrow.

Waugh added: “All the trees we use come from a farmed environment – rather than scraping stuff off the surface of the planet that we’ll never be able to put back. It is sustainable.”

The use of CLT has brought the practice global recognition.

“It used to be that 100 per cent of our work was in Hackney – now it’s a third,” Waugh revealed. “We have projects in Stockholm, Singapore and Paris, so we’re spreading our wings.

“Our principal interest now is social housing. We see that as being our most difficult but most important work – it is where hundreds of people will build a home, so you’re really designing for a community.”

Waugh Thistleton is also involved in the new Curzon cinema in Hoxton, which is currently under construction.

Waugh says that taking on projects with community relevance is now a cornerstone of the practice’s philosophy, and this is exemplified by Bushey Park Cemetery.

He added: “With the cemetery, the whole community was a client, which was exciting, awesome and slightly terrifying!

“You’re meeting and listening to people who will be buried in that very building, and it was so important to us that they liked it.

“I don’t think it was quite what people were expecting, but the reaction we’ve had has been so positive.

“It’s always said that a good building needs a good custodian, and they are definitely that.”

For more information about Waugh Thistleton and its work, please visit waughthistleton.com

To find out more about this year’s Stirling Prize and the nominees, please visit architecture.com

← When we hear the words, ‘black man’, what comes to mind?Carte Blanche, Hackney Central, restaurant review: a meal of two halves →