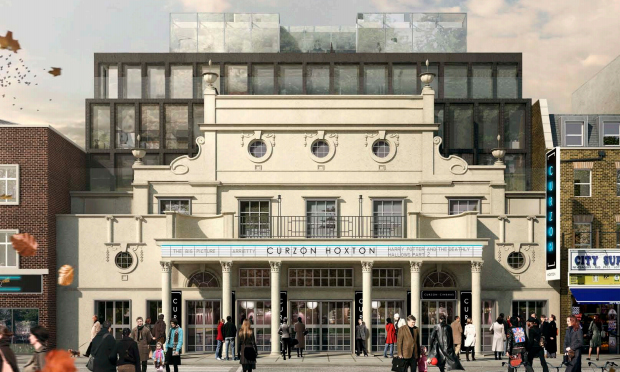 The newest addition to Hackney’s roll-call of cinemas came one step closer to fruition yesterday, as Hackney Council approved the Curzon chain’s licence for the “showing of films and late night refreshment” on Pitfield Road, Hoxton.

This newest addition to the arthouse franchise’s ten existing, predominantly London-based cinemas has been on the cards for several years now. Curzon is known for its mixture of blockbusters and more challenging fare, and they have also said they will screen operas and concerts too at the Hoxton branch.

The original plans for the site, submitted in 2011, made much of the idea that the original facade of the old Hoxton Cinema could be preserved. (This piece of Hackney history originally opened in 1914, and showed features for over 40 years until its closure – due in part to the advent of television.) 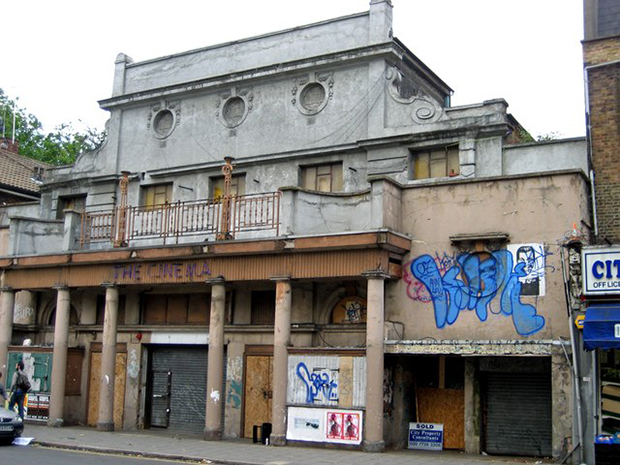 However, according to planning documents, concerns about the “seriousness of [the] dilapidation” forced a rethink, and revised plans to build an exact replica of the facade were subsequently submitted.

“It’s regrettable that no elements of the original cinema facade now survive – especially when they could have been safeguarded,” Nick Perry, chair of heritage org The Hackney Society, told the Citizen.

He was otherwise broadly supportive: “Whilst the new facsimile might lack authenticity, is pleasing to note that part of the building will be returned to full-time cinema use and we’re looking forward to the Curzon Hoxton and its cafe finally opening it’s doors next spring, after far too long in the dark.”

In a statement to the council by architects Waugh Thistleton, they declared that “all mouldings and architectural details have been recorded with onsite measurements, castings and extensive photographic studies made to ensure accurate reconstruction” – with several of the original parts that have not crumbled away now sitting in storage awaiting restoration.

Hackney Mayor Philip Glanville took to Twitter this past Wednesday 5 July to back the cinema’s arrival:

Has been a long time coming, good news and without prejudicing licensing process would welcome new cinema to Hackney https://t.co/TnCfzNIxsN

Construction on the new Curzon is expected to begin next year – by which time the nearby Rio Cinema in Dalston may well have launched a second screen, fulfilling one of the goals of the first phase of their RIOgeneration crowdfunder (along with a lick of paint and new plaster for the Grade II listed exterior). 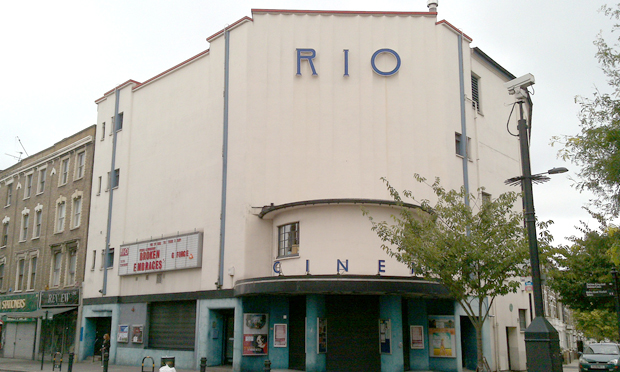 The Rio, which celebrated 100 years as a cinema in 2009, is looking to raise an initial £150,000. As reported in a story in the Citizen late last year, future fundraising phases will seek to finance a third screen by 2021, as well as other works including the replacement of the iconic external lightbulbs with greener LED lights.

Celebrities with ties to the Kingsland High Street picturehouse, such as Baby Driver director Edgar Wright and childhood Rio-goers Paloma Faith and Trevor Nelson, have posted messages of support since the campaign began.

Support this great London cinema. The @riocinema, one of the very best in the city, needs your help. Click link for details. https://t.co/GxgAuVTRST

Even London Mayor Sadiq Khan has chipped in, calling the Rio “an important cultural asset” and praising their commitment to “preserving the incredible heritage features of the building”.

The Rio team are aiming for a typically cinematic completion date for the works, hoping to be done in time for the release of Blade Runner 2049, the sequel to Ridley Scott’s legendary noir-ish sci-fi, in which Harrison Ford will reprise his original role.

To support the RIOgeneration campaign, click here for their Spacehive page