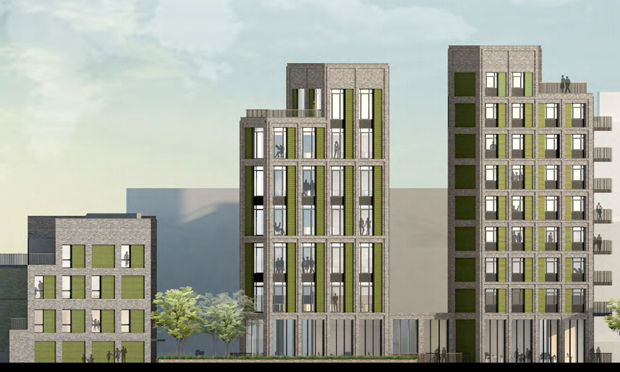 An eight-storey residential block overlooking the Dalston Eastern Curve Garden was given the go-ahead by council planning chiefs last night, as the former Speaker of Hackney said she worries about the garden’s future.

The three-block Thames House scheme on Hartwell Street was approved by Hackney’s planning sub-committee with only Labour councillor Clare Joseph of Victoria ward voting against it.

The scheme – which will be visible above the Dalston peace mural on Dalston Lane – will provide 36 homes, with 45 per cent for social rent, plus 4,000 square metres of business space.

But the plans have drawn objections from residents who warn the buildings are too tall and will block out the Eastern Curve Garden’s sunlight.

Council planning officers, who recommended granting planning permission, defended the scheme’s impact on the garden at the meeting, saying most of the garden will still receive at least two hours of sunlight in March.

The scheme was opposed at the meeting by local councillors Soraya Adejare and Peter Snell, along with Bill Parry-Davies of the group OPEN Dalston, and was supported by agent Mark Pender on behalf of the applicants, Capital Services Ltd. 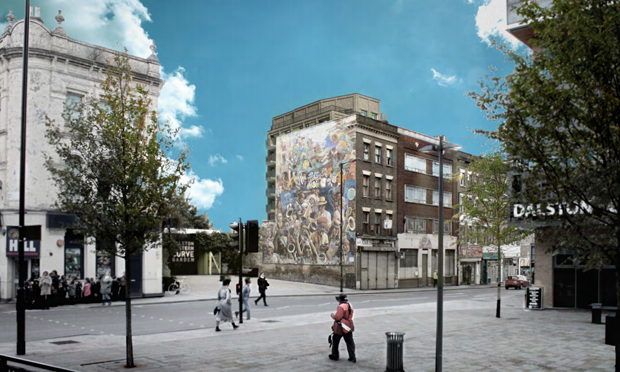 An artist impression of the Thames House block as seen from the Dalston mural. Photograph: Hackney Council

“The environmental impact wasn’t noted at all. There’s going to be a clear impact on the garden.”

Cllr Adejare, who was Speaker of Hackney Council from May 2017 to May 2018, said she is worried about the garden’s future.

Bill Parry-Davies of OPEN Dalston likened the blocks to a cliff edge, and said the committee’s decision seemed like a “foregone conclusion”.

He told the Citizen: “This development builds a tall cliff right along the boundary of the Eastern Curve Garden.

“Its 150,000 visitors a year, and the plants, will miss all morning and some afternoon sunshine. 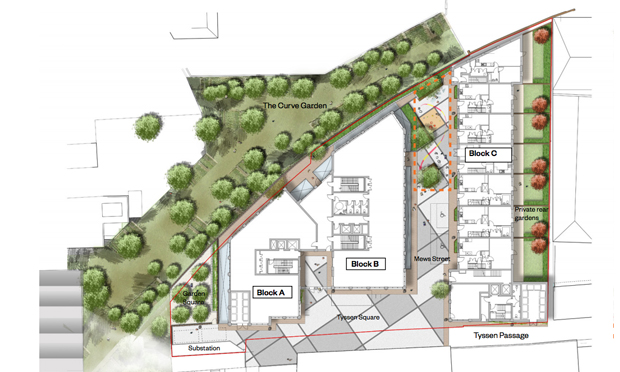 A map of the new blocks next to the Eastern Curve Garden. Photograph: Hackney Council

“The new family homes are forced into a dark corner and 48 per cent fail to comply with guidelines for natural light.”

Parry-Davies added: “But the council will make a lot of money and we had a strong impression that its approval was a foregone conclusion.”

The scheme will give Hackney Council £583,965 via its Community Infrastructure Levy (CIL) on new developments, and £218,155 to the Mayor of London via the Mayoral CIL towards funding Crossrail.