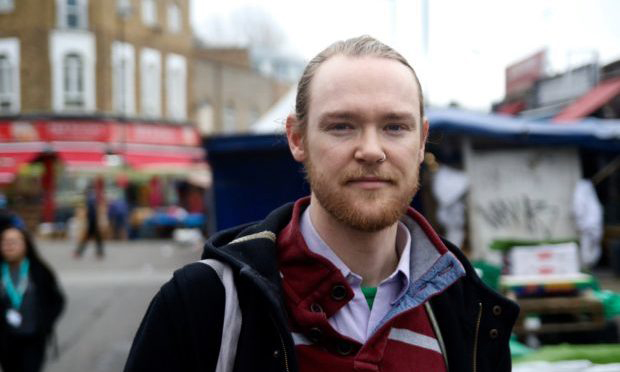 The Green Party candidate for Hackney Mayor says he wants to run a council which listens to residents’ concerns.

Alastair Binnie-Lubbock, 32, who is also standing in his home ward of Hackney Downs, said the Greens want to give power “back to the community”.

Speaking to the Citizen, he said: “I’ve lived in Hackney Downs my whole life, and during those 32 years I have seen many changes, some good and some bad.

“Because it’s such an entrenched [Labour] council they haven’t got as much of an incentive to listen to concerns.”

He said that “Labour is more rooted in unions and the workers’ struggle” whereas “the Green Party is much more community-led”.

“We want to try and give as much power back to the community”, he added.

“When people come together they can have a really big impact.”

Binnie-Lubbock works as a fundraiser and filmmaker, and ran as the Green Party’s candidate for Hackney MP in last year’s general election.

He rattled off a number of policies, including new homes with “50 per cent really affordable housing”, divesting from the arms trade as well as fossil fuels, and backing the council’s low emission zones “so we all have breathable air”.

Binnie-Lubbock promised to review homeless shelters to make sure “homeless people are not second class citizens”.

He suggested the Town Hall should do more to listen to young people, because “Having been a young person in Hackney myself I never felt engaged with”, and he called on readers to vote.

“I’m hoping we get [Green Party] councillors elected so we can really hold the council to account”, he said.

“If you want to see a change in Hackney you’re going to have to vote for it.”