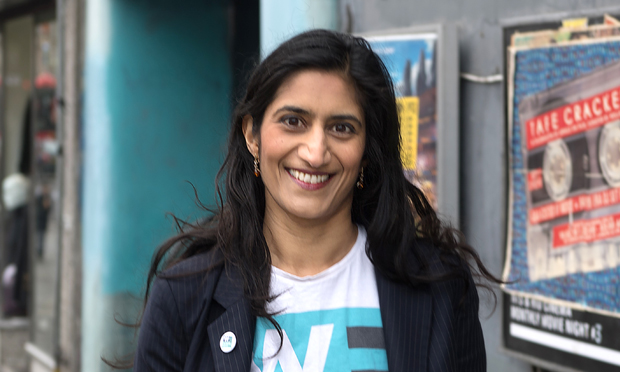 The Women’s Equality Party’s first ever candidate for Mayor of Hackney says she wants to look at all council policy through a “gender lens” to help the borough’s women and children.

Harini Iyengar, who is also standing for a council seat in Dalson, told the Citizen that she wants to be Mayor to make sure the voices of Hackney’s women are heard.

“We’re seen as a minority party, as a narrow party, but women are 50 per cent of the population”, she said, in an interview this week.

“We have a monolith in Hackney Council and women’s political voices have not been heard.

“The Women’s Equality Party would apply a gender lens to all of our economic choices.

“Particularly in the climate of austerity – it’s shown that of every £100 pounds saved, £86 came from the pockets of women.”

Iyengar, a Hackney resident of ten years, pledged to tackle the borough’s growing “inequality between the haves and the have nots”.

She said: “I welcome Hackney as a borough becoming richer but not if it’s not being shared out.”

Iyengar is a barrister and Oxford graduate who was born in Manchester to parents who immigrated from India to work as doctors for the NHS.

She and has lived in east London for 20 years, raising three children as a single parent, and was a founding member of the WEP and is one of its national spokespeople.

The party was set up in March 2015 by journalist Catherine Mayer and broadcaster and author Sandi Toksvig to put women’s equality on the political agenda.

She supports free universal childcare, and local communities having more of a say in how they are governed.

“So many residents in Hackney feel that they aren’t listened to”, she said.

Iyengar also called for parties to work together to solve the problems facing residents, “such as making sure children’s services are properly funded.”

“That’s not a loss of money, it’s actually investing in the future of these children.”