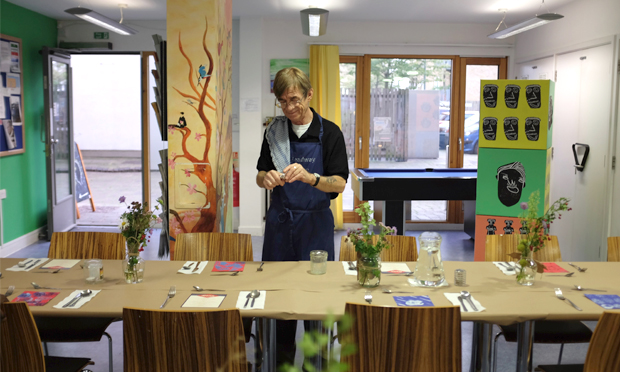 Running out of their Day Centre in the canalside Timber Wharf building in Haggerston, Headway’s team of brain injury survivors and staff put on regular culinary events for their members and the public alike.

The Kitchen Project currently consists of a lunch club, where service users whip up lunch for 40 people every weekday, and also a regular supper club at which, for a small donation, punters can partake of an expertly cooked three-course meal – again, entirely prepared, cooked and served by East London residents living with the long-term effects of brain injury.

The Hackney Citizen covered their summer bash back in July, in a review that not only noted the excellent quality of the three courses of food (a Middle Eastern inspired menu on that occasion, drawing from the Anatolian heritage of two of their members) but also the wonderful atmosphere and “crack kitchen squad”.

Featured in that piece was Danny, a former silver service waiter whose world was transformed when a violent assault in 1990 left him with serious damage to his brain.

He told the Citizen of the “buzz” he gets from re-entering the world of fine catering: “When I was working as a waiter…I didn’t look at it as a job, even though I got paid. The money never came into it. I just enjoyed doing it.

“The same (stands) here at Headway. Doing it is brilliant. It gives me that buzz. You’re back meeting people again. I’ve never seen any of the staff on bad form.

“I know I can’t go back working in a hotel or a restaurant again, but I can help people out doing it here.” 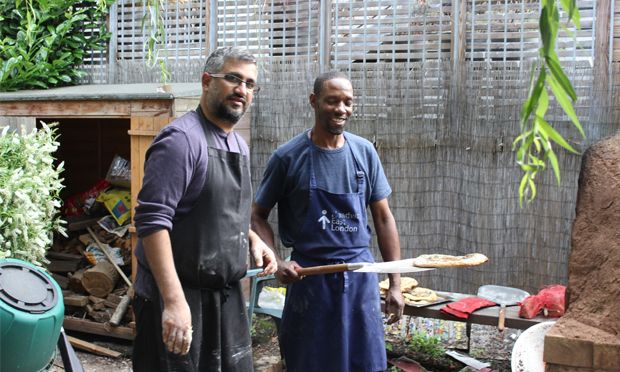 The Merchant Taylors’ Company, as one of the Great Twelve Livery Companies (formerly Guilds) of the City of London, has been supporting charities in the capital for over 700 years.

Headway East London’s Chief Executive Anthony Bonfil outlined his gratitude to them: “We’ve come a long way in the past few years, and as we look to top off our 20th birthday celebrations next Spring we want to utilise the talents of our membership more than ever by expanding and developing our creative projects, including the kitchen.

“We couldn’t do this without the generosity of our supporters, and in this particular case from the substantial grant from The Merchant Taylors’ Company, for which we are extremely grateful.”

Alongside their busy kitchen, Headway offer a range of other creative projects for members to get their teeth into – for example, their art studio, Submit to Love, produced a show, Making Faces, for the Royal Festival Hall in August.

The next Headway East London supper club takes place on 8 February at 6:30pm, and is open to all.

Tickets can be purchased by following this link.