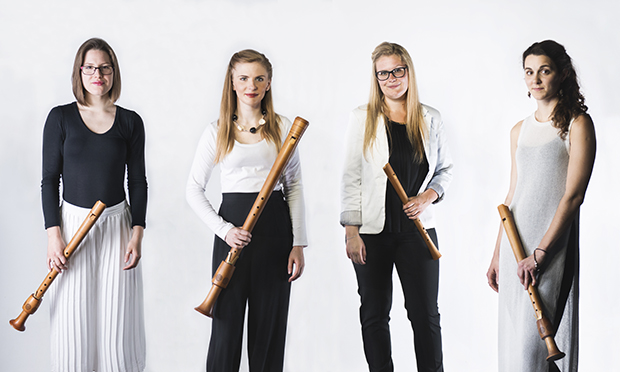 Award-winning recorder ensemble Palisander are set to perform a special concert to launch their debut album at the prestigious St John’s Smith Square (SJSS) venue in Westminster next week.

The quartet of music teachers – Hannah Fisher, Miriam Nerval, Caoimhe de Paor and lifelong Woodberry Down resident Lydia Gosnell – made a splash this time last year with their successful efforts to raise £4,500 for a six-foot tall contrabass recorder.

Now the group, selected for St John’s Smith Square’s 2016-17 Young Artists’ programme, has put the huge instrument to use on their first album, Beware the Spider!, which is inspired by 17th century tarantellas – compositions that were thought to cure diseases brought on by spider bites.

Gosnell said the giant recorder “plays a big part” on the album: “With tarantellas, we have to portray lots of different symptoms, such as Nightmare by Vivaldi. The big, deep sound you can hear in that piece is the contrabass – it’s the lowest-sounding recorder we have.”

The spidery theme allows the group to “play a musical repertoire spanning five centuries”, according to Gosnell, including pieces by Anthony Holborne and William Byrd.

The idea formed ahead of the quartet’s Halloween appearance for Brighton Early Music Festival last year. That performance led to a successful concert programme, Antidotum Arachne.

It is this work which Palisander is to perform for the album launch at SJSS on Thursday 16 February, starting at 7.30pm.

The quartet initially planned two concerts at the venue, but added a special, interactive show in June for 500 schoolchildren from across the country.

Gosnell added: “We’re really excited to bring the recorder to such a prestigious venue. And we all teach – I teach at Hackney Music Centre – so we’re very passionate about showing young children what the recorder can do.” 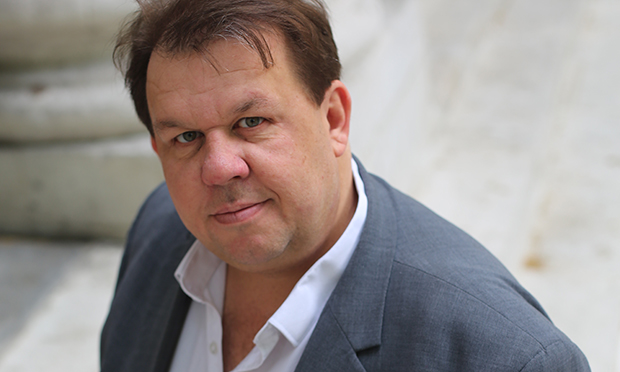 SJSS director Richard Heason said: “Palisander is one of the most engaging and characterful groups of young performers I have ever had the pleasure of working with.

“As soon as they start to play, the audience is drawn in and engrossed in the astonishing interaction and dialogue Palisander display. It was this absorbing musicality, combined with their obvious technical flair, which convinced me that they were the right choice for St John’s Smith Square’s Young Artists’ Scheme.”

The four-piece are also setting off on a nationwide tour later this year – including performances in Brighton, Milton Keynes and the Lake District – with a new children’s show, Dr Dee’s Daughter and the Philosopher’s Stone, which sees them collaborate with puppetry company Rust and Stardust.

“We have to dance and play our instruments at the same time, which should be interesting”, Gosnell laughed. “And it’s all thanks to funding from Arts Council England.”

For more information about the concerts and to purchase tickets, please visit St John’s Smith Square’s website. Palisander’s album will be available for purchase at the show and online at PalisanderRecords.com. Details of the upcoming tour are available on the group’s website.