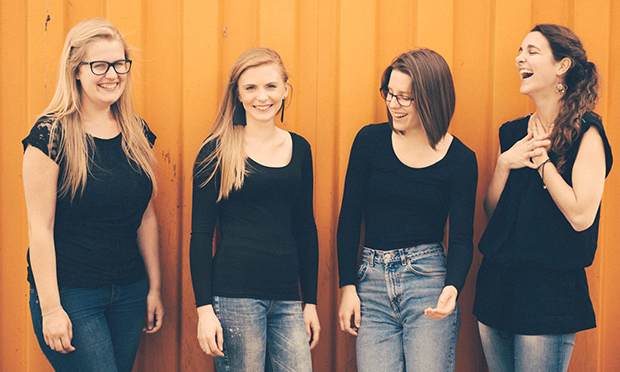 Play on: the quartet are hosting a ‘recorderthon’ to raise money for a new recorder. Photograph: Esteban Lalinde

An East London recorder quartet will perform continuously for 24 hours in a last-ditch bid to raise money for a six-foot tall recorder.

The four music teachers who comprise award-winning Palisander group have already independently invested in over 40 recorders. But they are missing the most vital of them all: a six-foot tall contrabass recorder.

“We need recorders of various shapes and sizes to be able to perform 900 years worth of recorder repertoire and compete with other ensembles,” said Lydia Gosnell, who works for Hackney Music Service and has lived in the borough all her life.

The group has already received contributions towards the £4,575 instrument from music charities. But if they fail to raise the remaining £2,400 by May, they will lose the funding they have been promised towards it.

To raise the required funds Palisander are hosting a ‘Recorderthon’ at Haggerston’s Chromacode Studios on Saturday 20 February.

Starting at 10am they will play for 24 hours, taking just two 40 minute breaks each overnight.

“It’s a bit crazy and quite exciting,” said the 25 year-old. “We have never done anything like it – but we need the money and tried to come up with the most exciting way of raising it.”

Teaching the recorder in schools is something the group feels strongly about.

“The recorder gets a bit of a bad press,” said Ms Gosnell. “People don’t always take you seriously.

“When you start learning people ask ‘when are you going to learn a proper instrument?’ It’s quite frustrating.”

The group gives workshops and interactive classes to help inspire children to continue playing the recorder.

“Recorder is often the first instrument children learn – but when they’re starting out they don’t realise what it can do. And teachers don’t always appreciate the breadth of music that’s possible with the recorder.”

“When we get the big instruments out in a school assembly we get quite a gasp!”

During the Recorderthon the group will offer events for the public, including an interactive music workshop for children and an opportunity to perform alongside Palisander, for advanced recorder players of all ages. 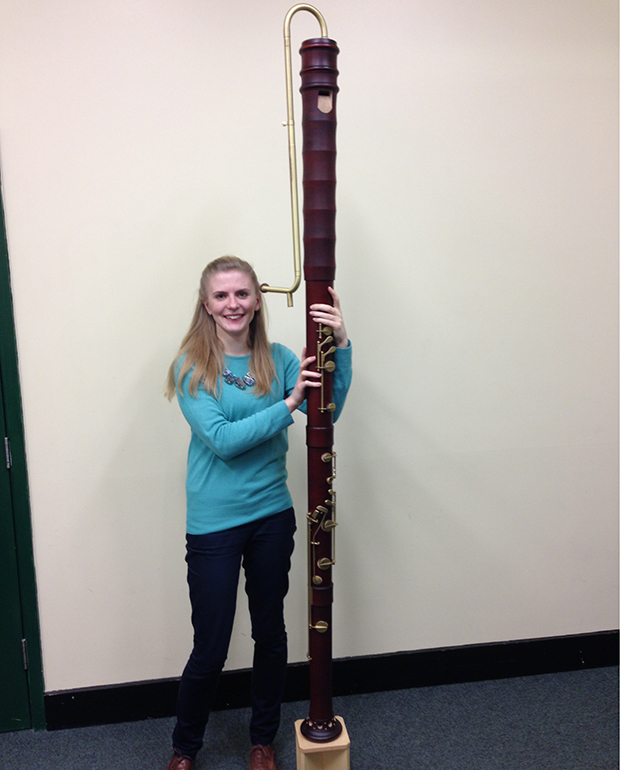 Lydia Gosnell with the contrabass recoder