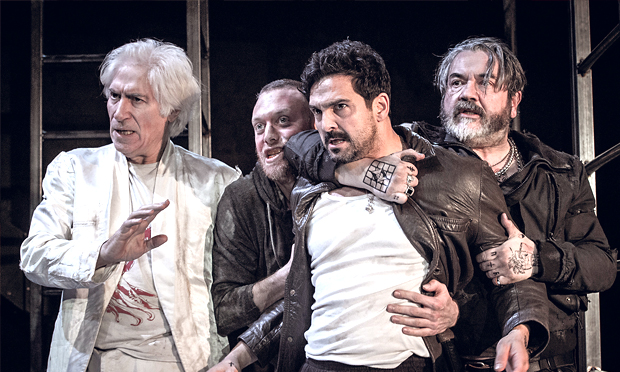 Arcola has gone all revolutionary – or rather it has launched a season to mark the 100th anniversary of the Russian revolution with plays, readings and talks.

That does not mean that all the plays, like Chekhov’s The Cherry Orchard, are about revolution directly. They are more about the antecedents: the senses of powerlessness and angst people feel in response to social and economic conditions, which ultimately lead to revolution.

This initiative is very appropriate for the times we live in now, when so much of conventional politics is up for grabs. People are questioning the fundamentals of the social and economic system just like writers, thinkers and playwrights did over a hundred years ago.

The season offers a range of plays, such as Bulgakov’s post-revolutionary Heart of a Dog, a satire on the Bolsheviks’ attempt to create a ‘New Man’.

The coverage is not restricted to Russia, such as Oladipo Agboluaje’s New Nigerians, on the possibilities for revolution in twenty-first century Nigeria.

The Lower Depths by Maxim Gorky was first performed in 1902. It is not as well-known as The Cherry Orchard, but was hugely influential, especially on film directors such as Jean Renoir and Akira Kurosawa, and it influenced playwrights like Samuel Beckett. It is great that Arcola is bringing it to the stage, in a production directed by Helena Hunter-Blair, newly translated by Jeremy Brooks and Kitty Hunter-Blair. 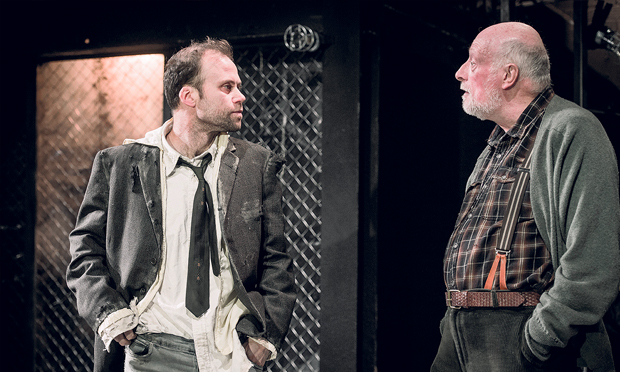 The play is about a group of low-life characters eking out an existence on the margins of Russian society (such as by cheating at gambling to get hold of a few kopecks) and facing up to illness and death. The rivalry and camaraderie of this diverse group is played out in a series of farcical situations, with some tragic moments. We follow these characters as they try to survive the winter in their shared lodging house.

There is the failed actor, played as crazy and dreamy by Simon Scardifield, desperately trying to remember the words of a famous poem he used recite as “his organism is poisoned by alcohol.”

Then there is the Baron who has fallen on hard times who has to perform as a dog to get some cash.

A bitter landlady, played by Ruth Everett, is trapped by an abusive husband Kostyliov (played by Ian Barritt – an actor who can move his face in a way that is almost mobile.) These people know about the hopelessness of their situations, but they can joke about it darkly.

There are some great lines that reflect this loss of hope but belief in humanity.

The thief Vasska, played with great verve by Doug Rao, says, “All are just human as you were born”; then there are the more famous speeches spoken by the tramp Luka, played by Jim Bywater, who says “truth doesn’t always heal a wounded soul.”

Luka is the classic outsider-everyman. He offers comfort to all while speaking universal truths – a Christ-like role. Bywater delivers a great performance: gnomic, wizened, sympathetic and humorous all at the same time. He helps pull this fragmented and slightly depressing play together.

The staging is sparse, reflecting the characters’ marginal existence: lamps, makeshift beds and clutter are all we see. The lack of luxury in the Arcola theatre in any case reinforces the sense of despair and gloom. The noise of a tap dripping marks the passing of time – or even the welcome break at the interval. 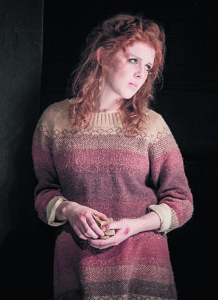 The play goes on too long. It is a bit like an extended Waiting for Godot. The mind loses interest even though there are some funny, even romantic plot turns, such as when Vasska plans his escape with Natasha (Katie Hart); then there is a murder with police officers in train. Jude Akuwudike, as the police officer Medvediev, is very funny and assured.

But of course Maxim Gorky is no Agatha Christie. Nor do we want him to be. But his play should have been cut to about ninety minutes and done in one act. As it was, many in the audience decided it was too much and left at the interval.

This is a shame as the actors put their hearts and souls into it. They produced some moments of genuine passion, such as the despairing speech near the end of the play by Kleshch (played by Abhin Galeya, who captures the venom of the man so well). There is excellent comic timing from all. The actors have pulled off a great ensemble performance in an otherwise remorseless play.