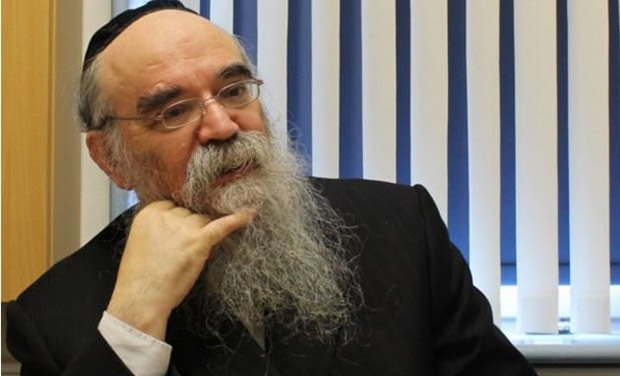 A leading rabbi has said he feels confident there is no child safeguarding scandal “waiting to break out” in the Hasidic Jewish community after the council’s frustration at a lack of regulatory oversight of unregistered schools in Stamford Hill was revealed at a heated public meeting.

Rabbi Avrohom Pinter described as “hysteria” suggestions there might be a “Rotherham-type” situation involving sex abuse in the notoriously insular community but said an arrangement had to be agreed to allow the authorities to assure themselves that all children were safe.

There are believed to be more than 30 unregistered schools currently operating illegally in Hackney, and the council has concerns about large numbers of children from strictly orthodox Jewish families “going missing” from the school system in their early teens.

Because they have been effectively stonewalled by those running these unregistered schools, safeguarding chiefs can not be sure all precautions are being taken to guard against the risk of the sexual abuse of children. Though this could happen in any setting, they said the risk was higher in the ultra-orthodox Jewish community purely by virtue of the lack of official oversight.

Rabbi Pinter is principal of Yesodey Hatorah School, a registered religious school with different departments for boys and girls, which is subject to the Ofsted inspection regime. He stressed he does not represent yeshivas and was speaking in a personal capacity when he told the Hackney Citizen: “I’m confident there isn’t a scandal waiting to break out, but there’s nothing to stop that happening if we are not working together on safeguarding.

“That’s why I think they [the unregistered schools] should be working with safeguarding to make sure the children are safe.

Rory McCallum, senior professional advisor to City and Hackney Safeguarding Children Board, has warned of a lack of proper vetting processes and criminal records checks on staff.

However, Rabbi Pinter said that, to his knowledge, the institutions the council has concerns about do carry out proper checks on staff. The Town Hall wants the institutions to register with Ofsted, but Rabbi Pinter said: “They say that they do not provide 20 hours of teaching a week so would not be considered as an educational establishment [by Ofsted], and this hasn’t been challenged by legal entities.

“They would not be considered as fitting into the category of a ‘school’ so couldn’t register with Ofsted, according to the legal advice they have received.”

Asked why parents did not simply send their children to a mainstream religious school like Yesodey Hatorah, he said: “That’s where parental choice comes into it. It’s the choice of the vast majority of parents [in the community] that they want their children to be brought up in a setting where they spend more time on Jewish subjects.

“This is parental choice. Some say I’m compromising [at Yesodey Hatorah] where they wouldn’t want to compromise, but I don’t believe I am. But if people take that view, I can’t say I’m right and they’re wrong.”

Resistance has been increasing in Stamford Hill over aspects of the government’s “British values” agenda, which many members of the community believe would involve teaching Hasidic Jewish children about issues that would conflict with their families’ religious beliefs and would effectively force a more socially liberal way of living onto them.

At Monday’s meeting of the Children and Young People Scrutiny Commission Rabbi Judah Baumgarten said he believed the mainstream education regime may now be on a “collision course” with his community.

In his interview with the Hackney Citizen Rabbi Pinter said a “live and let live” attitude that had previously prevailed could now be in peril and argued that preserving diversity in society entailed respecting cultural differences so long as these did not cause harm to others.

His comments come as two Hackney councillors are today meeting with figures from the Department for Education to discuss the problem of unregistered schools. A Hackney Council source said there was lots of work going on “behind the scenes” with the Jewish community in Stamford Hill to try and build bridges and trust over the issue of schooling.

Last year Ghaffar Hussain, a “community resilience” officer in Newham, told a London Assembly committee councils needed to “incentivise” schools that are outside of the mainstream system to work with them on safeguarding issues.

He added: “The other challenge is that some of them deliberately want to stay below the radar.

“This applies to Jewish schools and Islamic schools in East London as well, because they do want to preach their particular conservative brand of religion, and they don’t necessarily want Ofsted marching in and objecting to certain elements of that.

“That, I think, is the real change – people who don’t want to be on the radar at all.”

But Rabbi Pinter warned of ‘liberal intolerance’ and stressed the importance of respect for different cultural groups’ discrete practices and values.

“Everyone should be subject to the same set or rules – nobody would argue with that,” he said. “The question is, can we have different expectations? In other words, we are a liberal country, but when liberalism becomes intolerant… We can have diversity as long as we have common values. That’s what’s important.

“With having common values we can still have diversity, and sometimes I think we are not allowing diversity anymore, that we are creating clones, that everyone has to talk in the same way.

“I can be anti-abortion, for example, and it doesn’t make me automatically a misogynist. I was a Remain supporter and I wanted Hillary Clinton to become President of the United States but I don’t think that just because people voted for Brexit or Trump they are terrible people.

“I have to accept other people’s values. Being tolerant works both ways.”

He added: “What I love about England is the ‘live and let live’ attitude. People will accept other people have got different ideas. I may disagree with those ideas but I will accept you have got a different opinion. I’m not going to force my way of life on you. If someone wants to live in a particular way and there’s no coercion and no impact on other people’s lives, bring it on.”

He added: “I think there’s a big difference between extremism and social conservatism, and I think we have to be careful we don’t become intolerant. I think it’s extremism that’s the difficulty, and I think it’s also when people want to force their way of life on others. That’s when it becomes difficult.”