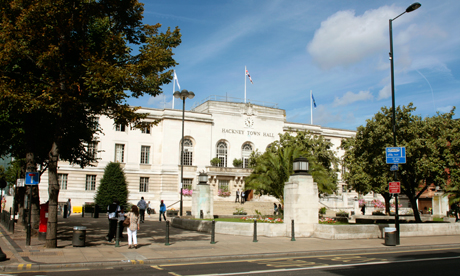 There have been disquieting goings-on at the Town Hall, where councillors have virtually unanimously voted to prevent a resident from bringing a deputation to a council meeting – despite the fact that the wording of her speech had been approved by Hackney Council’s legal team.

The deputation concerned the French multinational Veolia, which is bidding for a multimillion pound waste management contract to serve our borough.

Campaigner Caroline Day had hoped to give a five minute speech about Veolia’s involvement in projects in Israel  and occupied territory in the West Bank. She was barred from doing so after the council voted in favour of a motion proposed by Conservative councillor Linda Kelly and seconded by Mayor Jules Pipe.

The council has trotted out various justifications for putting the kibosh on the speech, one apparently being that the references to events in the Middle East were not relevant to local people.

This is a questionable argument, given that an Israeli flag was recently unfurled at a council meeting to celebrate Hackney having twinned itself with the Israeli city of Haifa.

The Mayor has argued that because “Hackney has no foreign policy” the deputation was irrelevant.  Isn’t the twinning with Haifa then inappropriate?

It seems unfair, and a blow for freedom of speech, when campaigners clear all the various hurdles involved in bringing a deputation to the Town Hall only to be censored by their  own councillors.

Whilst Ms Day’s speech conformed to the letter of the constitution, it was argued that the speech did not observe its spirit.

Residents should not be prevented from speaking to council simply because the council does not want to hear what they have to say.