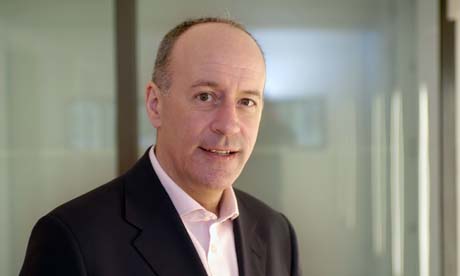 A resident was prevented from speaking at a full meeting of Hackney Council last week by a cross party motion seconded by Mayor Jules Pipe, amid a dispute over plans to award waste contracts to a controversial multinational company.

Caroline Day had hoped to speak to Hackney Council to put the case that the North London Waste Authority should refrain from working with Veolia, a French company which campaigners say is complicit in Israeli violations of international law in the West Bank and Gaza.

The North London Waste Authority handles waste services for Hackney Council and six other London boroughs, and will consider Veolia for a 25-year contract due to start in 2014.

A deputation brought by Labour councillor Ian Rathbone to allow Caroline Day to put her concerns about Veolia at a meeting of full council was approved by the council’s lawyer.

However, a blocking motion was proposed at the full council meeting by a  former Labour councillor who defected to the Conservatives last year.

Mayor Jules Pipe seconded the motion and gave a speech in favour of its adoption. Hackney Labour Group’s Chief Whip, Louisa Thomson, confirmed to the Hackney Citizen that it was a whipped vote.

Commenting on the outcome, Caroline Day, who is also a spokesperson for the No2Veolia campaign, said: “We wanted to bring a deputation to make sure the councillors who were on the North London Waste Authority board were aware of the issues.”

“The Mayor and councillors talked about my speech without having seen it,” she added, which meant the Mayor’s speech was “pure conjecture.”

Ms Day accused the mayor of making a “political decision” and said she was a victim of censorship.

In a statement Hackney Council explained why the deputation was rejected: “Elected members felt that to receive the deputation could give the incorrect appearance that they were open to lobbying on procurement issues and would in turn be prepared to lobby an external organisation about its procurement.

It continued: “Elected members also said that it was inappropriate for Full Council to debate what is intrinsically an international political issue which the local authority is in no position to resolve”, in an echo of Mayor Pipe’s remark in the chamber that “Hackney Council does not have a foreign policy.”

Representatives of Labour, Liberal Democrat and Conservative groups issued a statement saying: “We are here to represent residents and do not shy away from difficult debates on local issues, about services, and issues that directly affect our borough.

“We believe, however, that although technically acceptable, to have received this deputation would not have observed the spirit of the Council’s constitution and went beyond what was reasonable for Members to consider”.

When quizzed by the Hackney Citizen as to how it knew in advance of the content of Ms Day’s speech, a spokesperson for Hackney Council said the Town Hall had received “a short synopsis of the deputation” from Ms Day “[indicating] it was likely to cover the procurement practices of a third party,” and that members received emails from protestors on the issues it contained.

Had she been allowed to make her speech, Ms Day would have been critical of Veolia for providing transport between Israel and settlements, and of the company’s environmental and health and safety records.

Labour councillor Angus Mulready-Jones, who abstained from voting, said: “I find the prospect of any company that has a history of supporting alleged violations of international law delivering any service in Hackney appalling.”

Ms Day’s speech also would have made mention of a letter sent to Hackney councillors by Professor Richard Falk, UN Special Rapporteur on Human Rights in the Palestinian Territories, which states: “I urge you not to select Veolia for public contracts due to its involvement in Israel’s grave violations of international law.”

In a further twist, the motion to block Ms Day’s deputation was drafted with the assistance of an organisation called UK Lawyers for Israel, which Councillor Kelly contacted for assistance. David Lewis, Secretary and Treasurer for UKLI, said: “I helped Linda Kelly in the drafting of the motion.”

“We didn’t want the deputation to be heard by the council if we could find a way of preventing it,” he said. “We are there to defend Israel against demonisation and consider the No2Veolia campaign as part of the demonisation exercise.”

Ms Day accused the council of being “vastly hypocritical” for rejecting the deputation while accepting “secret lobbying” by people who “work for the interests of Israel in the UK.”

She also pointed out Cllr Linda Kelly’s position as vice chair of Haifa Twinning. Hackney is officially twinned with Haifa in Israel. 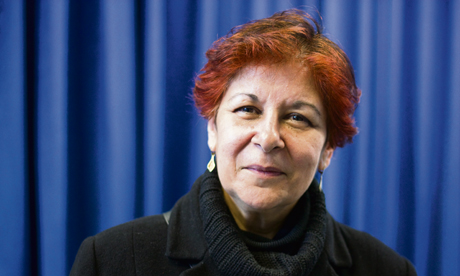 The Conservative councillor in turn accused No2Veolia campaigners of “making unfounded statements” and “vilifying Israel.” “If you’re going to bring a motion on foreign policy you don’t take it to the council, you take it to your MP, ” Cllr Kelly said. “You don’t bring a deputation founded on lies.”

Cllr Kelly said she was using her ‘democratic right’ to propose a motion under rule 12.8 of the constitution and praised Mayor Pipe’s “commendable speech” against hearing the deputation. She dismissed talk of a ‘secret lobby’ as nonsense, but confirmed that she contacted UK Lawyers for Israel for help with drafting the motion, saying: “They helped me all the way through.”

She said that “boycotts don’t work,” and that campaigners should “put their energy into both sides coming together to build a lasting peace,” instead of creating “mischief” and dividing people.

Councillor Ian Rathbone, who brought the deputation and abstained from the vote, said: “It’s the right of anyone to speak at the council about their problems with the way the council is operating.”

He said Hackney is one of the councils “where constituents can speak to the council directly in that way,” and that “it is the democratic right of every resident to speak at the council.”

Ms Day says she will be lodging a complaint against the council’s actions.