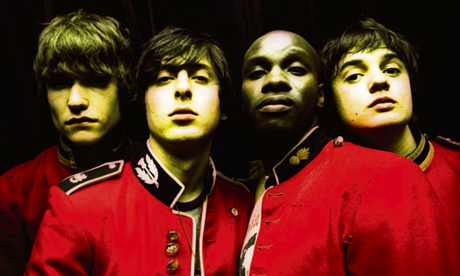 The Libertines - There Are No Innocent Bystanders. Photo: Roger Sargent

In merely a decade the East End Film Festival has grown to become one of the UK’s largest film festivals and this year it shows no sign of slowing down. This year it is celebrating its 10th anniversary so expect a barnstorming, ripsnorter of cinematic gems, both feature-length and shorts, plus film-focused discussions, live music, flash-mob art installations, and industry events.

The opening gala, featuring the world premiere of the all-access documentary The Libertines – There Are No Innocent Bystanders, will open on Wednesday 27 April but even the day before there are a flurry of talks, documentary screenings, master classes and panel discussions which aim to provide not only interest to the general public but a wealth of advice for budding or established auteurs.

The Rio Cinema is once again the place to be, playing to host to numerous events such as Under the Cranes, a documentary shot on location around Hackney that intercuts the words of Dalston poet Michael Rosen with a vivid cast of characters ranging from Shakespeare, a Jamaican builder and the Jewish 43 group that fought against Oswald Mosely. Those who stay up late enough can take in a bone-chilling pair of Spanish horror thrillers; the futuristic Agnosia will be sure to scramble your senses and Los Ojos de Julia, produced by Guillermo Del Toro, sees a young woman trying to unravel the mysterious death of her sister whilst slowly going blind.

This year’s festival is also looking further east than Mile End, with a focus on groundbreaking Polish and Romanian new wave cinema. Look out for Outbound (Periferic) which tells the tale of Matilda, on 24 hour release from jail to attend her mother’s funeral, and to settle old scores.

The Hackney Film Festival will be present at the Rio, building on their successful debut last year with a night of short films made by Hackney artists including award-winning Michael Please and Kyoko Miyake. Organiser Steve McInerney said: “It’s been a pleasure working alongside the East End Film Festival to showcase a hand-picked selection of films from the minds of Hackney’s best film makers. It’s also good to keep the momentum going in the lead up to our annual festival in September, which this year will span five days.”

There will be a fundraiser at Cargo on 8 June.

The annual extravaganza provides an excellent opportunity to exhibit the East’s burgeoning independent venues such as Rich Mix, the Rio and the Genesis but also the area as a whole. The cavernous surroundings of Spitalfields Market will again resonate with the eerie clattering of acclaimed soundtrackers Minima as they provide the musical backdrop for Jean Mihail’s silent Romanian classic Manasse. The Water Poet will be the host of the Heritage Trail, which this year is fittingly centred on historical community celebrations in the East End (it falls on the same day as the royal wedding) with extraordinary archive footage from the First World War up to the Golden Jubilee.

This is but a small smattering on what is on offer – the East End Film Festival is as much of a carnival as it is a cinematic experience so keep your eyes peeled for action erupting from every nook and cranny.