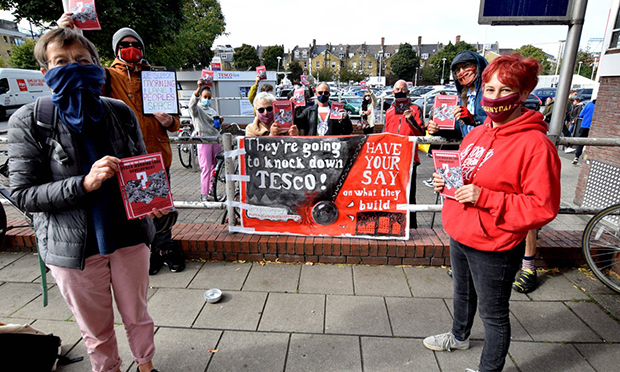 Campaigners have pledged to continue pushing for more public housing after Hackney’s mayor said a controversial town centre development would struggle to ensure half the homes are offered for social rent.

The council is looking for a new partner to develop the Morning Lane site it bought from Tesco in 2017 to give it “more control” over an important area in the borough.

Campaign group Morning Lane People’s Space (MOPS) said the Town Hall needs to increase the number of social homes on the site, which is earmarked for a new supermarket, homes and shops.

However, Mayor Philip Glanville said it is “almost impossible” to ensure half the new homes will be social housing.

He said: “I’m keen that we arrive at the best approach to create a fantastic development that will unlock the huge potential of this key site in the heart of Hackney Central and ensure that the council’s investment will bring long-term benefits for the community.”

He said the council has spent hundreds of hours listening to the views of residents and other stakeholders, including businesses and campaigners.

“What we most want to do is have a humanised centre that is less dominated by car use on that site,” Glanville added.

The council has set up an in-house team and “a new and experienced” development partner will be appointed later this year or next year following a public competition.

The borough leader said: “It’s really clear that our ambitions and the community’s ambitions for the site need to be incorporated in any development.”

MOPS said it will continue campaigning to see the amount of social housing increase – they want to see at least 50 per cent there. 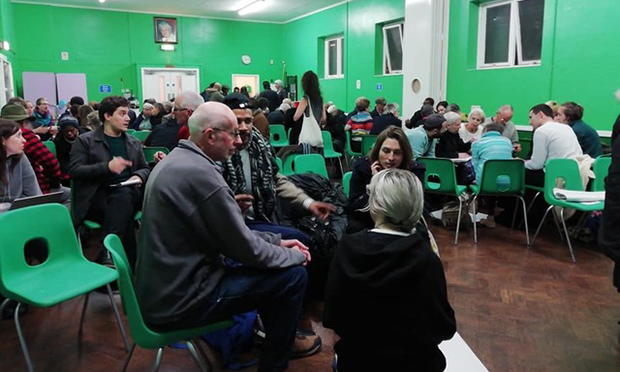 The group has held a series of public meetings to talk about people’s needs for the development.

Residents said they wanted to keep a big supermarket rather than a smaller food store, and pressed for homes they can afford.

Glanville confirmed the hunt for a new development partner in response to a question from new Dalston councillor Zoe Garbett (Green).

Cllr Garbett said: “A large supermarket is one of the top priorities residents want to see in this site. The other top priority is they want 50 per cent social housing. It would be good to know if that ask is being considered.”

Glanville said: “It is almost impossible to deliver 50 per cent social housing on that site and deliver on all the other objectives, including a return for the £60m investment.”

He said the council is “very happy” to discuss ways to increase this with the Greater London Authority, housing associations, and outside investors, “but achieving 50 per cent social housing on a site that originally wasn’t in public ownership, is in our town centre, and has to deliver commercial retail space and a new Tesco, is going to be very difficult indeed”.

MOPS is meeting with the mayor next month and said it will “reiterate that 50 per cent council housing at social rent on the site is already a compromise”.

The campaigners went on: “Affordable is a term we no longer use as it includes tenures like shared ownership that are unaffordable to most Londoners.

“We do not need more private market housing in Hackney. History will judge; public land must be used for public housing.”

They welcomed the council keeping “strategic control of the development” but said they had “consistently challenged” it over the scheme, and said residents were not consulted on the original land deal.

They said they are still chasing answers from Freedom of Information requests they have submitted and claimed the Hackney Central Community Panel “is a test bed for the council’s plans to give the illusion, not the reality, of consultation”.

Cllr Garbett said: “While it sounds great when the mayor says that the priorities of the local community will be put first, it is only because community groups like Morning Lane People’s Space have proactively investigated and championed what people living in the area really want, and now it sounds as if they risk being sidelined by the council.

“The community needs to be treated as an equal partner, alongside the in-house team and the new developer, in the development of the site.”

She said she will “continue to interrogate the viability assessment that the mayor indicates will preclude the community’s desire for at least 50 per cent social housing on the site”.

← I Am Not Raymond Wallace, Sam Kenyon, book review: ‘Elegant story of how shared values can both eviscerate and nurture’Hackney police chief quits to take up role with new Met Commissioner →