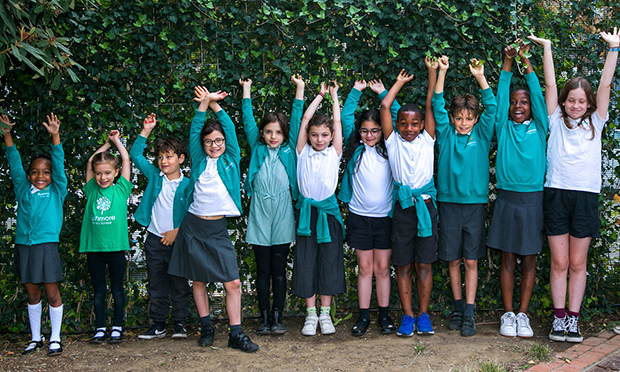 A pollution-blocking green screen has been installed at Rushmore Primary School in Clapton in an effort to protect young pupils.

The move is part of a roll-out to 32 schools, both primary and secondary, across the borough.

The screens work by growing foliage around a purpose-built metal-framed lattice, blocking pollutants and reducing schoolchildren’s exposure to them.

They are currently targeted at schools by main roads, with the hope being that the barriers will make it less likely that children develop respiratory issues linked to air pollution.

Hackney’s transport and environment chief Cllr Mete Coban said: “These screens are designed to complement our 40 new School Streets and 19 low traffic neighbourhoods (LTNs), which are aimed at encouraging people to walk, cycle and – crucially, if we’re to reduce pollution and tackle the climate crisis – leave the car at home if they can.” 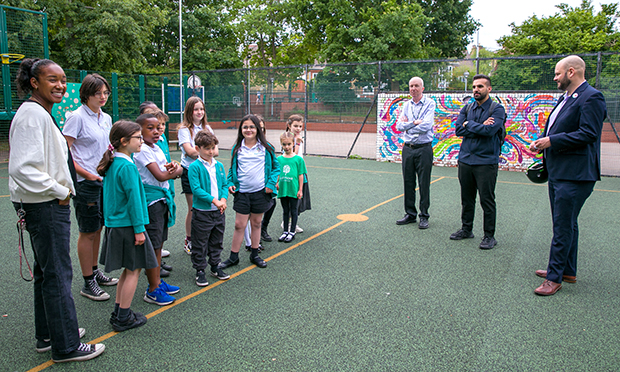 Rushmore Primary is just the latest school to have a screen installed, with St Dominic’s Catholic, Queensbridge, and Grasmere primaries already sporting them.

It is estimated that long-term exposure to air pollution causes 28,000 to 36,000 deaths in the UK per year.

The dangers of long-term exposure include increased risk of stroke and lung cancer, respiratory conditions and cardiovascular disease, all contributing to a reduced life expectancy.

A number of initiatives, alongside green screens, School Streets and LTNs, are hoping to reduce air pollution.

The expansion of the ultra-low emission zone (ULEZ) last October means that the entire borough of Hackney is now covered by it.

The borough is also playing a major role in retail giant Amazon’s attempts to cut its carbon footprint.

Hackney Council itself has pledged to hit net-zero carbon emissions across all of its functions by 2040.