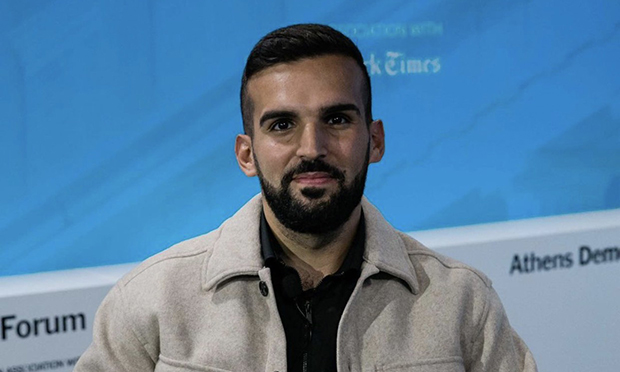 The borough will house a hub for the firm’s fleet of bikes and on-foot delivery staff, which will replace around five million van deliveries a year across London.

It is hoped that deliveries from the ‘micromobility hub’ will cover roughly 10 percent of London’s ultra-low emission zone (ULEZ).

The retail titan is planning to roll out similar hubs nationwide in an effort to cut carbon emissions, with the bikes operated by a number of partner businesses.

Hackney’s transport and environment chief Cllr Mete Coban tweeted: “I’m incredibly proud that Hackney has had a huge part in making this happen.

“This new trial in Hackney with Amazon will reduce tonnes of transport emissions and traffic, and help support our efforts to tackle the climate emergency.”

The company has also unveiled plans to install more than 30,000 solar panels in Manchester, Coalville, Haydock, Bristol and Milton Keynes before the end of the year in an effort to power its facilities with renewable energy.

Amazon’s UK country manager John Boumphrey told the Guardian this month: “Amazon is driving towards a global net-zero carbon future. One way we’re doing that is through the transformation of our transportation networks.

“Our new e-cargo bikes, walkers and growing electric vehicle delivery fleet will help us make more zero-emission customer deliveries than ever before across London and the UK in the coming months.”

However, this isn’t the first time Amazon has made headlines recently.

The Competition and Market’s Authority (CMA) announced last week that it will investigate the company amid concerns that practices affecting sellers on its UK Marketplace may be anti-competitive and could result in a worse deal for customers.

The regulator has not yet reached any conclusions as to whether or not competition law has been infringed.

Sarah Cardell, general counsel at the CMA, said: “Millions of people across the UK rely on Amazon’s services for fast delivery of all types of products at the click of a button.

“This is an important area so it’s right that we carefully investigate whether Amazon is using third-party data to give an unfair boost to its own retail business and whether it favours sellers who use its logistics and delivery services – both of which could weaken competition.

“Thousands of UK businesses use Amazon to sell their products and it is important they are able to operate in a competitive market. Any loss of competition is a loss to consumers and could lead to them paying more for products, being offered lower quality items or having less choice.

“A formal investigation will allow us to consider this matter properly.”

← ‘Fills us with dread’: Dalston chicken restaurant advised to rethink later openings after residents raise noise concernsPollution-blocking green screens to be rolled out in schools across Hackney →