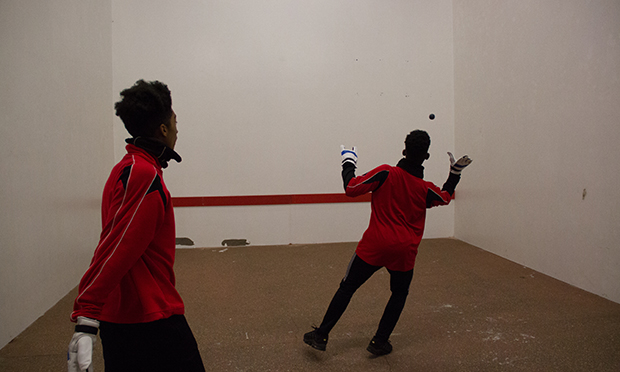 A local secondary school is shattering conventions with the launch of a Rugby Fives club – typically the preserve of the country’s top private institutions.

Stoke Newington School is now one of only two state schools where the game is played, thanks to a recent refurbishment of six disused courts in its playground.

One budding Rugby Fives star, 12-year-old Sapphire, said: “It’s fun. You can play it straightaway but you have to watch the ball really carefully and there’s lots of running around.”

The game was first created 150 years ago at the exclusive Rugby School, and has traditionally been played at private institutions including St Paul’s and Marlborough.

Come September, Stoke Newington School will play its first matches against other schools.

Games teacher Alex Gilbert said: “The kids love it and the courts are a great space to have on-site, especially at an inner-London school like ours.

The school runs an after-school club for Rugby Fives and is set to host an evening community club so local residents can play the game.

“The children are getting so much out of the game after just a few months,” added Howard Wiseman, head coach of the Rugby Fives team.

“Scores of boys and girls come to the after-school club and as they improve, their self-confidence improves almost visibly.”