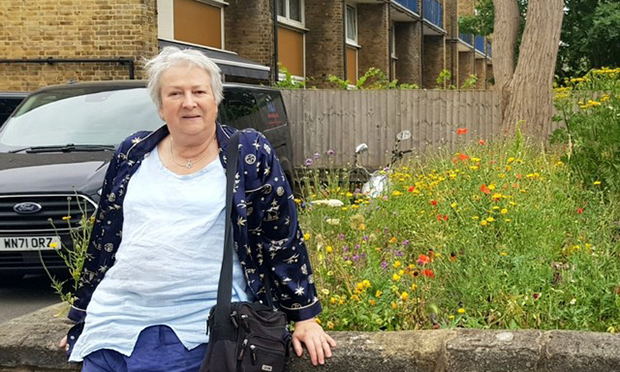 Residents tending to an oasis on their estate are urging Hackney Council to stop using weedkiller after herbs were destroyed.

Lucy Fisher said bees were attracted by the thyme she had planted in a bed on the Kingsgate estate near Tottenham Road, but it was destroyed when blasted with weedkiller.

“I was looking at the devastation and somebody commented on the mint and said maybe they could water it,” she told the Citizen.

She planted the mint to cheer up the estate and that was also affected by the herbicide. 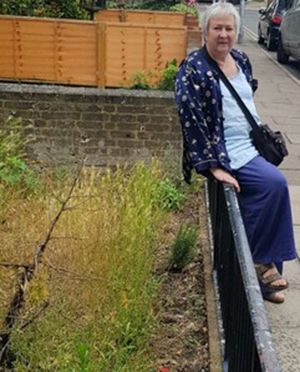 The flowerbed where weedkiller was used. Photograph: Daubeney Fields

She said: “They just seem to have gone around the perimeter putting weedkiller on the plants and herbs there.

“The front garden is looking really lovely and the back garden has been planted. Somebody used to come and cut it all down and they stopped doing that.”

Undeterred, she is planning to replace the herbs, but she wants to see more awareness of biodiversity.

She pointed out there was a garden space near playgrounds which residents would like to brighten up.

“They just cut the grass and nothing happens to it,” she explained.

Gerry Tissier from the Daubeney Fields community group said there needs to be training so staff and contractors are aware about protecting biodiviersity.

He said people have also been lobbying Hackney Council for a biodiversity manager.

Tissier pointed out that in areas where the council has stopped using glyphosphate weedkiller, researchers found 60 species of plant in just one street.

Cllr Caroline Woodley, the cabinet member with responsibility for parks, urged residents to talk to the council about their gardening plans.