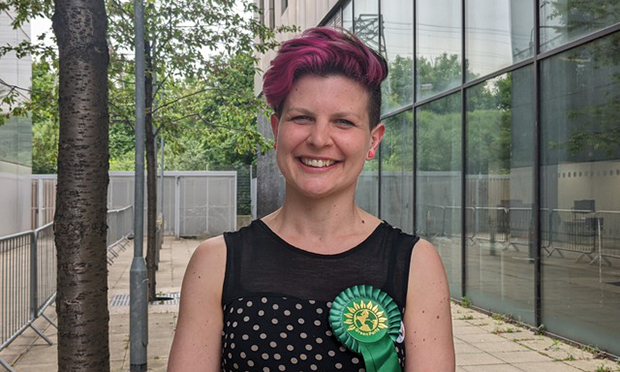 The Greens are celebrating gaining two seats from Labour in hotly contested wards.

As predicted, Labour held control of Hackney with 50 seats, but a delighted Green Party is revelling in the elections of Zoë Garbett in Dalston and Alastair Binnie-Lubbock in Hackney Downs.

The pair vowed to push the council to act faster on the climate emergency.

Labour has always controlled Hackney since it became a borough council in 1965.

However, the Greens were determined to build on their 2018 showing, when they narrowly failed to gain a seat in Dalston by 21 votes and lost out in Hackney Downs by 90 votes.

Garbett, who also finished second in this this year’s mayoral race, said she was determined to hold the council to account on the climate emergency.

The elated new councillor said: “I’m really excited by some of the ideas I’ve heard from residents and organisations during this campaign.

“I want to hold the Labour administration to account to take more urgent action over the climate emergency, providing social affordable housing that people need, and fundamentally changing the relationship between residents and the council so they are really heard.” 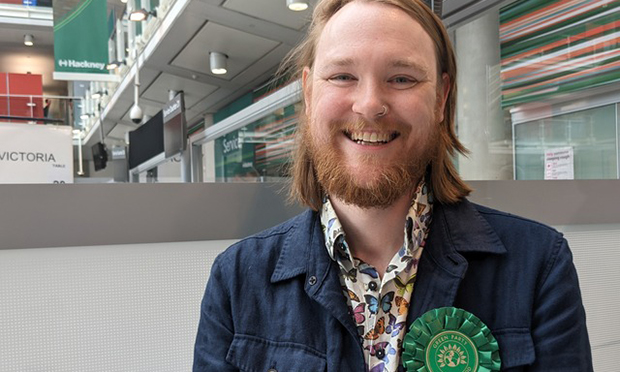 Her fellow Green councillor Binnie-Lubbock, who contested the mayoral election in 2018, said: “I’m exhilarated but I’m very excited to carry on the work representing residents and bringing the voices of people from Hackney Downs to the council.”

He wants to see the council’s net-zero target brought forward 10 years to 2030 to tackle the climate emergency.

This year the controversial low traffic neighbourhoods attracted a group of 11 residents to stand under the Independent Network name.

Conservative leader Michael Levy said: “Voters are receptive. We seem to have bucked the trend. Voters are savvy about separating local politics from national politics. Closing streets as LTNs was the top issue.”

He added: “It’s counter intuitive to close the streets in one particular area to achieve redistribution of pollution in the streets.”

Both the Liberal Democrats and the Independent Network failed to win any seats, but the latter celebrated keeping LTNs on the agenda.

The Network’s Clair Battaglino, who stood in Hackney Central, said housing was also a “big issue on the doorstep”.

She added that some Labour voters told independent candidates that not voting Labour was “in effect voting for Boris”.