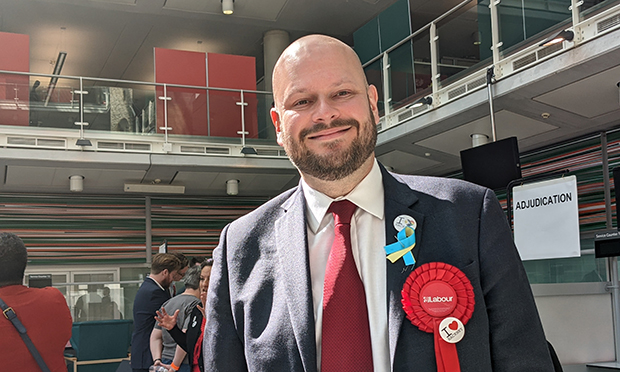 Glanville said: “This is about change, this isn’t about re-electing me, but is about a new administration.”

“We mean it on running the best services that we can.”

He took 59 per cent of the vote on a day when turnout was down – with 34 per cent of voters casting their ballot for the borough’s top political job.

Glanville said the council needs to rebuild trust following the disastrous cyber attack in 2020 which hit services including housing benefit and has frustrated residents.

Mayoral candidates said the cost-of-living crisis was a key issue on the doorstep, more so than partygate. 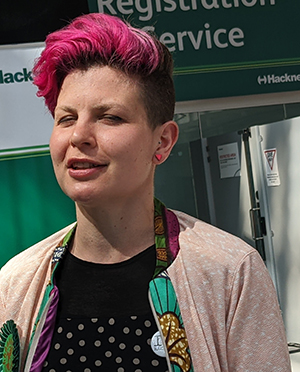 The Conservative’s Oliver Hall, who is sitting second year law exams soon, said: “Public service is what gets us up in the morning, it is what motivates us to do more for our communities.”

He said he will continue to fight to get rid of controversial low traffic neighbourhoods (LTNs) and on housing issues.

The Liberal Democrat candidate Helen Baxter said voters need their council to listen to them. She said many voters felt they were not listened to over LTNs.

Gwenton Sloley, the Hackney People Before Profit candidate, said: “People do not feel listened to. A lot of people want to abolish the mayoral system.”

He said: “We are zero-tolerance on hate crime, we’re all about love. I spoke to my grandmother Eunice Rochester last night, and she said to me, ‘Son, I came over on the Windrush and for you to be running for mayor of Hackney, you’ve already won’.”

With the cost of living rising and residents worrying about making ends meet after the pandemic, the mayor faces a testing four-year term.

The results in full are: