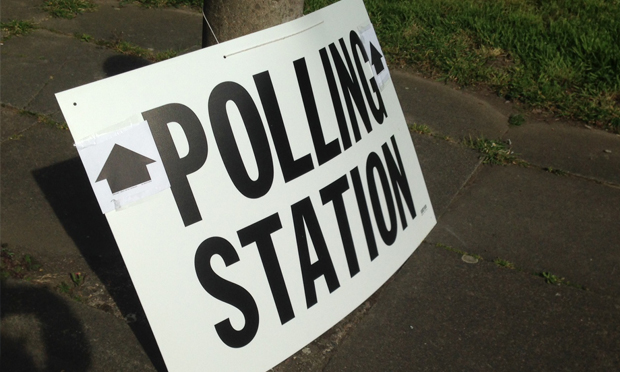 Once more unto the polls

Whether Hackney’s voters stay away in droves or choose to send a strong message to politicians, one thing’s for sure: every party is chasing their vote.

In the 2018 local elections, turnout varied from 28.9 per cent in Hoxton East and Shoreditch to 49.5 per cent in Stamford Hill West, and pundits will be keeping a close eye on it this year.

The Conservatives want to increase the five seats they had during the last council term.

The party’s Simche Steinberger is critical of the low traffic neighbourhoods (LTNs) introduced by the Labour administration.

“It’s a joke what has been done,” he said. “They’ve done nothing for anyone, anywhere. It means people have longer journeys and more pollution.”

Conservatives would “remove undemocratic LTNs” and freeze council tax for most people for the next two years.

Steinberger said: “I believe that Hackney is charging the residents much too much.”

He said there is scope to cut the bills further and the party would also restore weekly bin collections.

The Green party is hoping to improve on its 2018 results, when it was just 21 votes short of winning a seat in Dalston, and only 90 votes away from sending a councillor to represent Hackney Downs.

Its policies include holding a Citizens’ Assembly to involve residents in tackling the climate crisis – with work including making council homes greener.

The party backs LTNs and wants to cut traffic miles by 40 per cent and bring the council’s net-zero targets forward by a decade to 2030.

The Greens also want to support local employment, and transfer council property and land “into the hands of the community”.

“The concept is a reuse and circular economy, like the Dalston Library of Things,” he explained. “We want to create a circular green zone.”

Other moves include pocket parks, parklets, and more trees.

Another plan is retrofitting council homes to make them greener and putting in more electric vehicle charging points and bike storage.

He said the council should have included a blue badge exemption in the LTN scheme earlier, but said the consultation “allows residents to interact with the scheme”.

“We have made a lot of changes,” he said.

Housing is another priority and Labour wants to build more affordable homes if it is in power.

The Liberal Democrats have the ward of Cazenove in their sights and hope to win back the seats they lost there in 2018.

They want to see “proper traffic and air pollution monitoring in place” and more consultation over LTNs.

Spokesperson Darren Martin said the party wants to secure the future of Fernbank and Hillside children’s centres, which were threatened with closure to save money last year, and affordable childcare across the borough.

It also wants to pursue its quest for more information about the 2020 cyber attack that hit council services.

Other parties fielding candidates include the Independent Network, which is challenging the LTNs over concerns that the scheme has deflected traffic to boundary roads and increased pollution on those.

The Network’s 11 candidates are also campaigning on housing, education and fighting racism.

The Trade Unionist and Socialist Coalition (TUSC) is anti-cut and austerity. It has seven candidates and wants to challenge the council over rises to rents, service charges and council tax for those on lower incomes.

The Women’s Equality Party is fielding one candidate who is campaigning against violence against women and girls and combatting discriminition.

Former councillor and mayoral candidate Vernon Williams is standing as an independent.