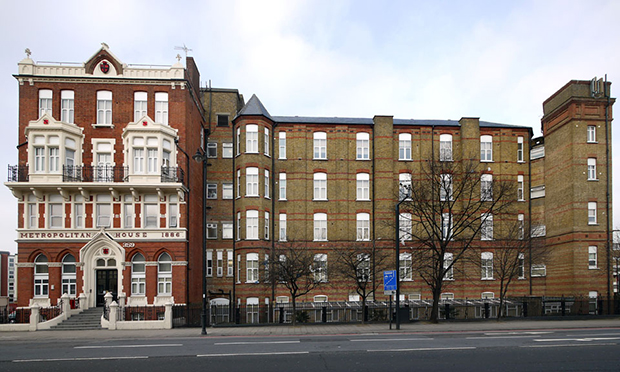 Hostel accommodation will get a facelift after Hackney Council agreed a new five-year lease for 163 temporary homes.

The deal includes refurbishment of the Metropolitan hostel in a converted 1836 hospital in De Beauvoir.

The Town Hall will also lease rooms at the neighbouring St Peter’s Way hostel, built in 2014.

The revamp of 110 homes at the Metropolitan will take place on a rolling basis over the next two years, meaning it can remain open during the works.

It will include upgrading ensuites and kitchenettes, providing laundry facilities and wi-fi connections, improving the energy efficiency of the homes, and creating units suitable for disabled people.

The work will be paid for by the hostel’s landlords Blue Chip Trading Ltd and Hezi Zakai, and will be overseen by Hackney Council’s hostel management and caretaker team.

In his report to cabinet, Hackney Mayor Philip Glanville said: “The lack of affordable accommodation in Hackney is having a profound impact.”

He added that “some of the biggest house price increases in the country mean that buying or even privately renting a home is out of reach for most low and even middle income families”.

The number of single people at risk of homelessness who contacted the council in October 2021 went up by 19 per cent compared to 2018.

Glanville said: “It is a constant struggle to find suitable accommodation to place these households. Hackney has the largest temporary accommodation hostel stock in London, but it is inadequate to meet the level of demand.”

It comes as the council disclosed it had 1,013 households living in other London boroughs as a temporary measure, and another 78 outside the capital, as at December 2021.

This has soared from 293 households in September 2014.

The council said it could not reveal the number of council tenants in temporary homes in the borough because of the October 2020 cyber attack.

According to a report to this week’s cabinet, there were 3,000 families in temporary accommodation.

Hackney Council’s group director of finance, Ian Williams, said: “When finalised this agreement will mean 163 homeless households will be able to stay in the borough in secure accommodation rather than having to move away from their families, schools and wider support networks at a very vulnerable time of their lives.

Philip Glanville is standing as Mayor for Labour in the 5 May elections. Oliver Hall is the Conservative candidate, Zoe Garbett is running for the Greens, Helen Baxter is the Liberal Democrat candidate, and Gwenton Sloley is running for Hackney People Before Profit.

Find out more about the candidates by watching our recent online hustings here.

← More than 30,000 households to get extra £30 off council taxPlan for 76 retirement homes in Woodberry Down gets thumbs-up →