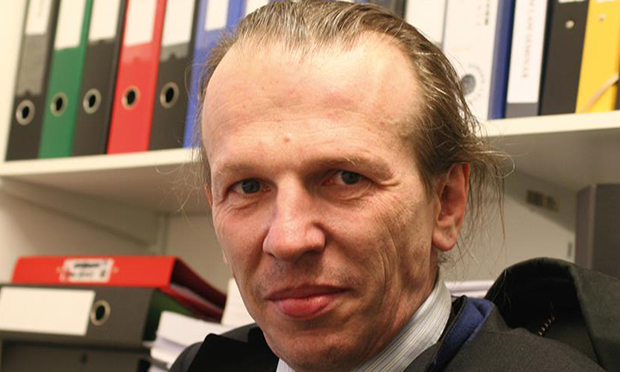 Hackney Community Law Centre (HCLC) has announced the death of senior solicitor Nathaniel Mathews – describing him as an “inspiration to generations of young lawyers”.

Mathews, who was a housing specialist and previously won a prestigious Legal Aid Lawyer of the Year award, passed away at the age of 54 after a short illness.

Ian Rathbone, chair of HCLC, said: “We will miss Nat so much, he was such a shining star of our team – I have worked with him for more than 25 years – but you know, his legacy lives on with the literally hundreds of lawyers who have worked with him and been trained and supervised by him, with a different view of what justice should be to some in the legal profession, and that all people regardless should have access to justice.

“He had a commitment to those who are poor and vulnerable, showing that there are other more friendly and accessible ways of carrying out legal service.”

Mathews, known as Nat, worked at the Law Centre for 28 years. As a tenacious housing lawyer operating in Hackney and beyond, he fought for many homeless and vulnerable residents and families who relied on the Law Centre.

Sean Canning, HCLC manager, said: “He was knowledgeable, always kept up with current practice and was influential in the wider law centres’ network and movement. He kept the law centre going at times when others were faltering for various reasons. He was veracious in his pursuit of justice and would spend many hours outside the daily hours working on cases.

“He was an inspiration to the many generations of young lawyers who volunteered and worked at HCLC, the ‘go-to person’ with any legal problem. He encouraged them on, gave them confidence, valued them for who they were.”

Mathews wrote a blog that brought to life the world of the law centre lawyer and the struggles of his clients. It was called ‘Frontline Hackney – a day in the life of the Law’.

HCLC added that everyone’s thoughts and heartfelt condolences are with Mathews’ partner Lisa, his parents and their extended family and friends.

The family has requested a private funeral, with a memorial service to be announced at a later date.