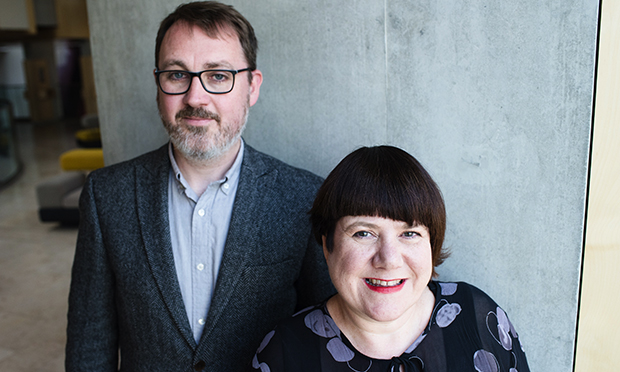 Hackney Empire regulars will know about the habitual slots for the English Touring Opera, but maybe they don’t know about the occasional operas performed at the venue that are just as innovative and interesting?

The theatre has the first run of Anthropocene, which is a co-production between Scottish Opera and the Royal Opera House.

It is written by long-term collaborators Stuart MacRae, composer of expressive orchestral music as well as operas, and Louise Welsh, the well-known novelist and author of The Cutting Room (2002) and many other books.

Just before you run a mile from a modern opera, it is worth considering this one, as it’s not a standard offering and reflects that Louise is not a natural operagoer – if such a person actually exists.

The nearest she got to opera was as a child when she was taken to see films of operas, such as Rigoletto and La Traviata, where she learnt to love the stories as well as the music.

And putting the story first was her key aim when writing the libretto for this opera.

The pair’s previous collaboration was The Devil Inside, a horror story which audiences really enjoyed and was much like a film in both plot and visual experience.

The new opera aims for a similar cinematographic quality. 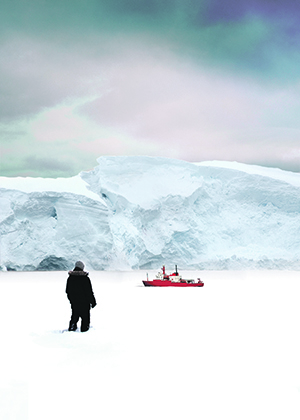 Anthropocene is about an Arctic adventure which unravels badly. Image: Scottish Opera

It is about a trip to the Arctic, which comes badly unstuck. It is about the great outdoors, much like a western or a science fiction movie would portray.

And the opera explicitly draws on films like Alien with its focus on a small group of travellers who encounter challenges during their trip in the space-like tundra.

The drama comes from how people react in unexpected ways when under pressure, and it is a genuine thriller in that the audience doesn’t know what’s going to happen next. This is not a conventional opera where you read the plot in the printed programme beforehand. Nor is it a climate change sermon either.

The word “anthropocene” means the phase of history of the planet which is influenced by human activity, but the opera does not deal directly with climate change. It is, though, interested in the effect of that change, such as the way in which the melting of the ice caps reveals aspects of our existence that we would not otherwise be aware of – back to the horror!

There is a gothic quality to the production, rather like a Frankenstein mystery.

It is also about the reliance of people involved the expedition, and their vainglory.

The music aims to enhance the sense of the power and presence of nature with great use of percussion, which drives the moments of drama and tension, as well as the quieter and tender moments.

The singers have to display considerable athleticism in carrying out the roles, both singing and moving fast, which gives a sense of the pace and style of this opera.

There are two performances of Anthropocene on 7 and 9 February, both starting at 7.30pm.

For more information, or to book tickets, head to hackneyempire.co.uk/whats-on/anthropocene