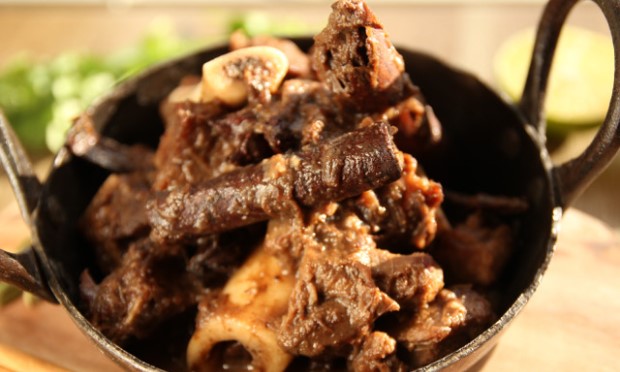 Ever had a helping of jerk chicken and been a bit underwhelmed? Andi Oliver has.

Thankfully the Great British Menu judge and Stoke Newington resident has opened up a new Caribbean restaurant to make sure that never happens again.

“Caribbean food in the UK is generally a not-very-good-version of Jamaican food,” Oliver – whose family is Antiguan – told the Citizen as Andi’s Wadadli Kitchen opened its doors in Stoke Newington for the first time on 14 November.

“Most of the time you get a bit of jerk chicken on a pile of rice and peas, and it’s a little bit disappointing. It’s never that exciting meal you get when you go to someone’s home.”

With that in mind, Oliver set about rebranding her existing restaurant, Andi’s, a Stokey favourite since it opened two and a half years ago.

“We wanted to open a Caribbean kitchen that’s about delivering exciting, home-cooked dishes,” she explained. 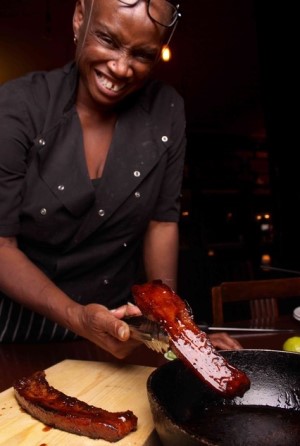 The influence of Oliver’s Antiguan roots on the restaurant is inescapable.

Wadadli was the name given to the island by the Arawak people – “the old folk” as she calls them – who originally inhabited it.

“I wanted to celebrate and raise up where my family come from,” she said.

That homely feel hits you the moment you walk through the door. The atmosphere at Andi’s is more family reunion than restaurant.

Diners lean across their meals to chat to the table next door, swap stories at the bar and watch on – sometimes wearily – as their kids hare around the intimate dining room, one of them bumping into my dining companion and flashing her an apologetic smile.

The food has a family flavour too.

“I started speaking to my auntie about old Caribbean recipes and thought how much I’d like to share them with people,” Oliver says, before launching into a mouthwatering description of her saltfish fritters, one of the many menu highlights.

“They’re so zingy and full of flavour – delicious,” she grins, justifiably blowing her own trumpet.

The chocolatey curried goat is another winner. It’s rich and fragrant – huge sticks of cinnamon and celestial chunks of star anise poke out from the plate – and the flavour rolls on and on long after you’ve finished your mouthful.

“I’ve literally taken twenty years to develop the recipe,” Oliver reveals, “and I think I’ve finally got it perfect.”

Family-style, communal eating is Wadadli’s calling card. Dishes are served like an Indian thali – with lots of small portions, each costing between £5-6, on one big plate.

Oliver urges us to order all sorts of different things – from plantain fritters to crunchy sweetcorn pakora – “get a load of beers and get stuck in”. 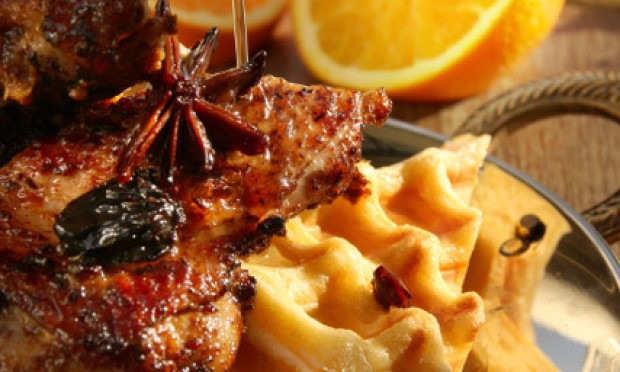 Oliver is clearly relishing the chance to put her recipes into practice.

“Cooking makes me really happy,” she explains. “Developing recipes and working on these dishes has been brilliant.”

As she sweeps from table to table chatting to diners, the passion she has for her new project is obvious.

The idea may have been born in the Caribbean, but the restaurant was created with Stoke Newington firmly in mind.

“It’s what Stokey needs,” Oliver says. “I started feeling like we needed to be offering something a bit different in Stoke Newington.

“There are so many restaurants doing really beautiful things – but not many pack a real flavour punch.”

If spice isn’t your thing, this might not be the place for you – words like “fiery” and “fierce” crop up throughout the menu.

That being said, Oliver has gone out of her way to cater for all eating habits, with vegan and vegetarian options aplenty and looking around the humming dining room, disappointed faces were few and far between.

If you decide to head down to Church Street and pop into Andi’s, I doubt you’ll be let down either.

The doors are now open. So book yourself a table, settle in and put that disappointing jerk chicken behind you.