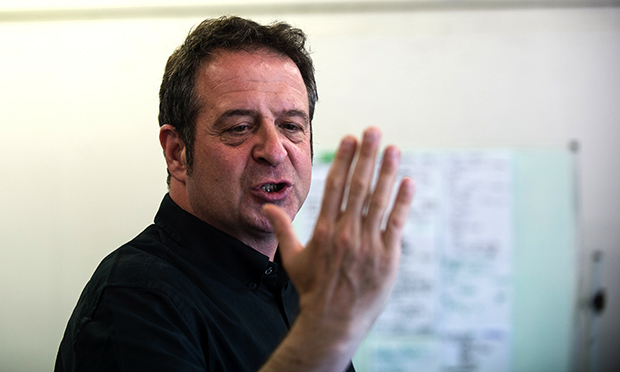 It takes a consummate comedian to make statistics on the NHS funny.

Not only is the subject matter dry, it is also extremely grim in the current era of cuts.

But Mark Thomas is the man for the job.

His 75-minute multimedia show, Check-Up – Our NHS @ 70,  provides a visceral yet highly entertaining overview of the current state of our beloved National Health Service.

Thomas recounts a night spent in A&E, the day he observed a surgical procedure, and a stint shadowing a GP, as well as his own personal check-up. 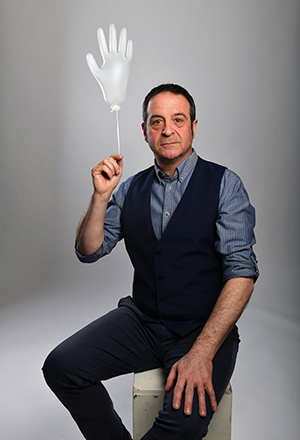 ‘Uplifting’: Thomas conveys the humanity at the heart of the NHS. Photograph: Steve Ullathorne

Presented in the progressive comedian’s inimitable style, the show has the audience chuckling all the way through, but at the same time our hearts sink as the stats are rolled out.

We learn, for example, that the UK is a pretty bad place to get pancreatic cancer, as survival rates for the disease are worse than in 46 other countries.

The figures for ovarian, lung and cervical cancer are not too dissimilar.

And health inequality numbers are equally stark; life expectancy in the area around the fated Grenfell tower is a remarkable 22 years lower than that in the swisher streets of nearby South Kensington.

Could these shocking figures have something to do with the fact that the NHS spends and estimated £4-5 billion per year on misguided efforts at marketisation?

In the year the NHS turns 70, Thomas himself is 54 years old, and he remembers his grandmother telling of life in a mining town where families would save a penny a week for the doctor, and agonise every time a child became ill over whether their precious savings should be expended.

Enter the NHS in 1948, “in place of fear”, as Nye Bevan’s famous strapline framed universal healthcare.

Thomas’s show engages us on many levels, mixing as it does personal stories with hard data.

The latter are the result of an extended period of research via residencies and interviews with numerous people working on the front line in the NHS, as well as with experts ranging from previous health ministers to heads of national research bodies who help him to diagnose the service’s ailments.

His analysis of the social landscape of health provision is astute: “The NHS is not an island, it is a landlocked entity surrounded by the borders of austerity, poverty and social care and that is what walks through the door.”

Given the health service’s current dire financial straits, the sketches, stories and commentary that make up this performance are cause for alarm, but the overwhelming effect of Check-Up is uplifting, as Thomas works from the heart to convey the humanity and tireless dedication of the many people who keep our NHS going.