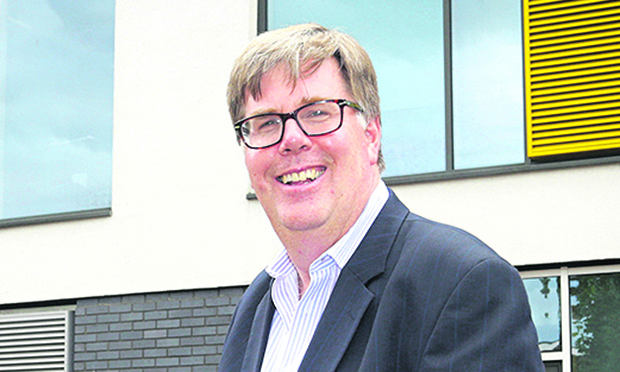 A Hackney headteacher has spoken out in response to a new campaign to stop children going hungry at lunchtime because of their parents’ immigration status to say: “Where there’s a will, there’s a way.”

Richard Brown says Urswick School has provided free meals for around half of its students for years, ever since family migration rules were changed to prevent people granted limited leave to remain in the UK from receiving benefits.

The policy meant the children of those people, categorised as having no recourse to public funds (NRPF), could not claim free school meals.

Local MP Diane Abbott and the borough’s mayor Philip Glanville have also backed the campaign after both expressed outrage at the news that children in Hackney are going hungry at school.

But Brown says he has effectively neutered the policy’s impact at Urswick for years by finding money from elsewhere, and says all schools should look at ways of doing something similar.

He says it was “almost by accident” that Urswick realised the scale of the policy’s impact on its students.

“I remember we were having a big free food party to celebrate an ‘Outstanding’ rating from Ofsted, and students were coming to eat who I’d never seen in the canteen before,” he said.

“The cooks that day told me they’d never made so much food. We then found out that a huge number of students were having difficulties claiming free meals because their parents had NRPF, and they had come along to enjoy the food.

“But on a normal day, they were going hungry, or subsisting on a packet of crisps for lunch. These are secondary school students taking exams, and we feared that not having a decent lunch would have a huge knock-on effect for them.”

Brown says he took his concerns to the school’s governing body.

Urswick, a secondary school and sixth form, is voluntary-aided, meaning it is mainly state-funded, getting the same per pupil as full state schools, but receives extra help from a foundation or trust – in this case, the Church of England.

The school has facilities such as a car park and floodlit five-a-side football pitch which it rents out to generate additional revenue.

Having worked out that around 50 per cent of students were struggling to claim free lunches, Brown and the governors set about “maximising income” from lettings in order to fund the meals for them.

They decided against using the school’s state funding, with Brown saying the parents of students already eligible for free meals may have questioned why money allocated for education was being used on food.

When it was put to him that not every school can rely on other revenue streams to fund meals, Brown said: “Where there’s a will, there’s a way. Schools can say things like ‘Well, our kitchen isn’t big enough’, but this is no excuse if you’re serious about giving back to the community and creating equality among pupils.”

He says Urswick has also extended free meals to its sixth formers, meaning all students are covered, and he believes it is “the only school in the country to do this”.

When asked what is needed for NELMA’s campaign to succeed, Brown said a “joint effort” from schools and politicians is a must.

“The best outcome would be for the council to find a way of funding meals for children across the borough, and the indications are that Mayor Glanville is open to this.

“It is just not on that people who are in this country legally but with no access to benefits are seeing their children going hungry.

“If we can’t do anything at a national level, which is unlikely, a local solution would be fantastic so that children in Hackney are all given a fair chance.”

To find out more about NELMA’s Left Out at Lunch campaign, head to nelmacampaigns.wordpress.com