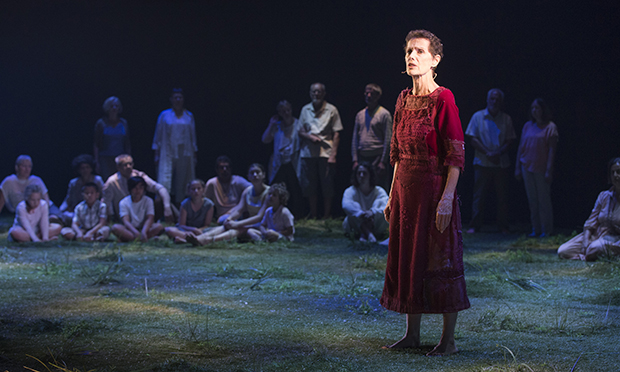 Helen Morse as the narrator in Memorial. Photograph: Shane Reid

The atrocities of war never cease to haunt, and Alice Oswald’s 2011 poem Memorial: An Excavation of the Iliad is one of the more powerful recent meditations on the theme of battle.

Now Oswald’s verse has been adapted for stage by Australian company Brink Productions, which is bringing the show to the Barbican for its UK premiere between 27 and 30 September.

Oswald conceived Memorial as a poem to be spoken out loud in the spirit of the Greek oral tradition.

Fittingly, this production, starring Helen Morse, is a fusion of music, choreography and theatre.

The play was co-commissioned by the Barbican as part of a series of art works on the First World War, and Memorial draws the human aspect of the Greek drama into relief by commemorating the lives of 215 the soldiers named in Homer’s tale.

Featuring a score by Jocelyn Pook, the production boasts a community chorus of the same size made up of local choirs including Wing-it Singers and Song Works from Hackney. 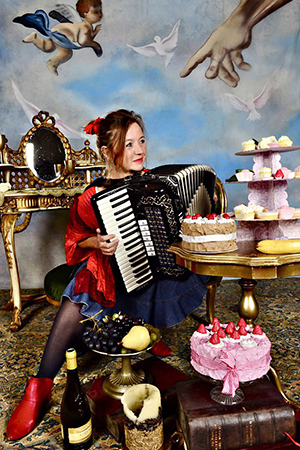 The Citizen chatted with Martina Schwarz of Song Works about her experience of the production.

How did Hackney Song Works get involved in Memorial?

I have worked with Jocelyn Pook before as a musician/singer in the site-specific show Fissure in 2011 when I got to know and love her beautiful compositions.

About a year ago Jocelyn’s daughter Tatiana joined Hackney Song Works. The 14-year-old is our youngest member and it’s such a treat to have her singing with us.

We were delighted when Jocelyn invited us all to be part of the chorus in Memorial.

Memorial is a powerful evocation of the futility of war which resonates even more against the emerging political landscape of our times.

The once in a lifetime chance to perform on a world class stage at the Barbican in this outstanding production seemed unmissable although not everyone in the choir is able to take part.

A taste of what’s to come was given during Brink Production’s orientation weekend at the Barbican and this has already exceeded the expectations of the singers.

Not only are we singing this wonderful music, there is something special that happens when you are part of a large choir.

We regularly take part in the Thames Festival’s ‘Sing for Water’ event at the South Bank which is about to happen again very soon, just before rehearsals for Memorial will start, so we know how magical it is when it all comes together in the final performance.

In the Memorial chorus, the community singers are fully integrated in the show, on stage with the professionals, singing and joining in the action. 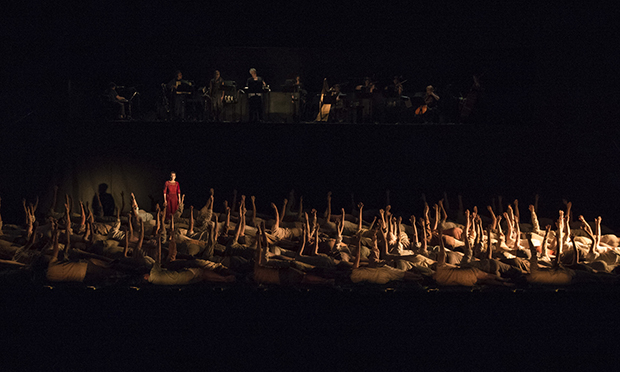 How do you think the production benefits from having a community chorus?

To watch and hear a 200-plus chorus on stage is very powerful and touching. It adds a dimension of humanity. For the choir it’s very beneficial – it gives insight into putting together this extraordinary work, enhances discipline and precision.

The choir’s enthusiasm for and commitment to the project is huge. No one invests that sort of time – weeks of preparation at home as well as in our individual choirs, plus two weeks of rehearsals every evening, working towards the four performances – except for the joy of doing it.

Everyone is very focused and determined to do a good job.

Has Jocelyn Pook’s score presented any particular musical challenges for you?

In a community choir the singers are mainly taught by ear – the learning process is slower if you don’t read the dots. Communicating the score takes longer, but it’s not impossible.

Jocelyn Pook’s score is very beautiful, yet skilfully simple with mesmerising solos woven into and flying above the chorus, in fact ideal for community choirs.

Song Works will be welcoming newcomers from Tuesday 18 September at their new venue in the Methodist Church at 132 Green Lanes in Stoke Newington.

If you are interested in getting involved, please visit martinaschwarz.net