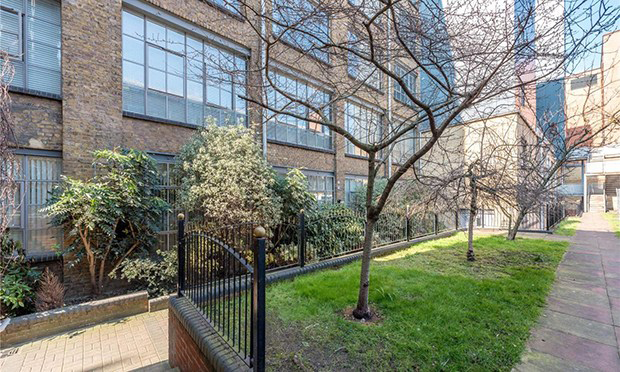 Residents of a former chocolate factory in Hackney are “distraught” at a recent decision that makes controversial plans for a new hotel nearby more likely.

Objections from occupants of Chocolate Studios to the plans for the new Hampton by Hilton hotel on Westland Place near Old Street were reported in June, with a resident-funded survey predicting a “major adverse impact” from loss of daylight caused by the planned Acre Hotels development.

However, despite emails from council officers seen by the Citizen accepting that the application’s drawings “misrepresent the proposed development”, the council has confirmed that it will nevertheless advance to be considered at a planning sub-committee meeting on 5 September.

In reaction to the news, Chocolate Studios resident and architecture professor Alexandra Stara said: “We are totally distraught by the way the council has handled this application so far.

“While our own ward councillors, primarily Cllr Yvonne Maxwell, have been stellar in their support, the planning department has been treating us, at best, like a nuisance.

“The application is going to sub-committee with a body of drawings completely misrepresenting the proposal. There isn’t a single distance measurement on any of the application drawings, so it is impossible to tell how far the building will be from neighbours.

“This fraught and vigorously objected application is being allowed to go to planning sub-committee with entirely misleading material. How are committee members, who are not specialists of the built environment, expected to disentangle the mess and confusion created by conflicting information?”

In communications with residents, council officers confirmed that the application should not return to committee before its lack of clarity had been resolved.

The 22 May message states: “There are significant differences between the measurements on [residents’] survey drawings and on the applicant’s drawings.

“In addition to the possibility that the applicant’s drawings misrepresent the proposed development, this also calls into question the accuracy of the applicants sunlight and daylight report.

“Clearly this needs to addressed before we can make a judgement on the application and report it back to committee.”

Residents are also complaining about a lack of communication from officers as to the application’s progress, leaving them little notice to prepare their objections for the September meeting.

Resident Isabelle Cadignan said: “I for one am astonished that us residents have still not received any communication from the council itself about the date of this hearing.

“We heard about this date, off the record, from our ward councillor. They expect us to be ready without giving any notice.  Surely this can’t be right or acceptable.”

Surveys funded by residents had revealed that the plans would have a major impact on Chocolate Studios’ occupants and businesses, with some flats set to lose up to 87 per cent of their light.

Leaseholders allege the hotel would permanently block part of their escape route through Westland Place, with no access to the outside on the eastern side of the property during the construction process.

The Citizen reported in June that errors in the planning application by Acre Hotels put the new development just a few metres away from Chocolate Studios, rather than the planned 10-12 metres.

Stara said: “The developers of the proposed hotel are also our freeholders, and just like that, they are taking over our entire garden to build up rooms and kitchens for the hotel.

“The negative impact will be staggering, and this is not something we simply feel, but has unfortunately been confirmed by several experts’ studies.

“The hotel will come right up to our windows, at its closest 3.5 metres. We will be totally overlooked and have zero privacy from six floors of hotel room windows.

“We will practically lose all our light and sky – nearly 90 per cent loss for some flats. This is tens of times higher than the national guidelines’ minimum.

“They will only leave a sliver of our entrance space which they will cover in glass to light their basement – we will have to walk over a transparent floor to get home.”

“The issues around the accuracy of the drawings and level of demand for hotel space will be discussed as part of the planning report, which will be made available to the committee prior to the meeting and considered as part of the decision.”