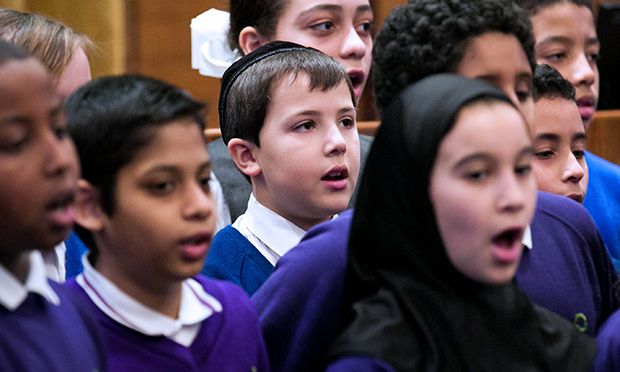 A Jewish primary school in Hackney was name-checked by the head of the government’s education watchdog in a speech about the teaching of British values earlier this week.

Spielman quoted the school’s most recent Ofsted report, which read: “No opportunity is missed to discuss and learn about key values, including the fundamental British values of tolerance, respect, democracy and the rule of law.”

It comes a month after the watchdog was accused by another Jewish school in Hackney of being involved in a “secularist plot” and “using its unfettered powers to try to force faith schools to comply with its agenda or fail”.

Simon Marks headteacher Gulcan Metin said: “The school is really proud to be recognised in this way by the head of Ofsted.

“We see it as acknowledgement of all the hard work put in by staff and pupils.”

The school’s Chair of Governors Howard Pallis added: “That the head of Ofsted would cite Simon Marks in a national speech, discussing education across the entire country, is a massive tribute to what the school is achieving.

“With rising standards and exam results, the school is really advancing to the next level.”

The school, which is based in Stoke Newington, was rated as ‘Good’ in its latest Ofsted inspection in June 2017.

Early years staff were praised for encouraging a good range of activities to engage the children, and teachers in Key Stage 1 and 2 were commended for using effective strategies to ensure all pupils’ needs are met.

Last month, Yesodey Hatorah Senior Girls’ School launched a scathing attack on Ofsted after its rating was downgraded to ‘Inadequate’.

Inspectors cited the school’s practice of redacting textbooks, and said its teaching methods “restrict pupils’ knowledge and prevent them from learning about themselves, others and the world around them”.