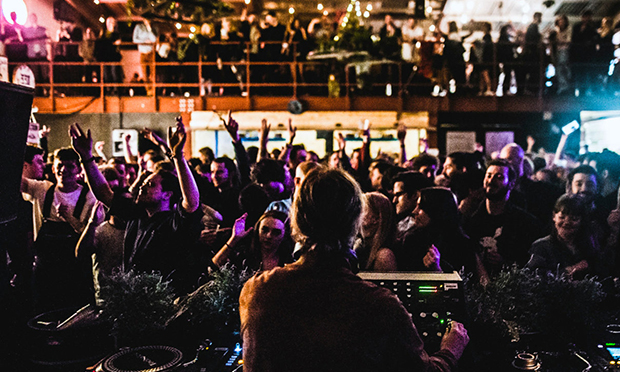 New nightclubs and restaurants in Hackney will have to stick to strict curfews under fresh licensing rules, following a unanimous vote in favour of the controversial policy at Wednesday’s full council meeting.

The policy includes a “core hours” clause which says new venues must close at 11pm on weekdays and midnight on weekends.

It comes despite a public consultation that showed 73 per cent of the 680 respondents were opposed to the new policy.

.@emmaplouviez saying the policy is “balanced”. Ignoring the fact that large majorities of both residents and businesses are united against her plans. pic.twitter.com/LgMqS3ATWZ

We Love Hackney, a 4,000-strong campaign group formed in 2015 to denounce similar plans, described the new rules as “some of the the toughest restrictions on nightlife in Britain”.

However, Licensing Chair Cllr Emma Plouviez said the policy struck a balance between supporting the borough’s night-time economy and the needs of local residents.

In a statement published after the vote, Cllr Plouviez explained her reasons for recommending the policy be approved:

“We’re a small borough, with high density housing and very popular bars, restaurants and nightclubs, and that brings about tensions that are hard to manage without guidelines in place to help licensees and residents alike,” she wrote.

Cllr Plouviez said it is “not a blanket policy” and “will not affect existing businesses”, explaining that the council will “continue to consider each new application on its own merit”.

To extend the licence, venue owners will have to prove that the extension won’t cause any anti-social behaviour issues.

“There are 72 Special Policy areas across London,” she said.

“The existing Special Policy Area in Shoreditch has been in place since February 2005 and in that time, there has been an increase in the number of licensed premises- we can and have granted license in these areas.”

Sorry missed this, was in the Spoons.

The decision sparked an almighty row on Twitter when Glanville responded to We Love Hackney’s call for support by saying: “Sorry missed this, was in the Spoons.”

He was referring to pub chain Wetherspoons.

Maybe my favourite tweet ever, especially given Hackney is and always will be the exact opposite to ‘corporate’. Will always defend a Spoons , perhaps the most diverse and inclusive pubs in Hackney. https://t.co/zRGD1xpcuX

Glanville, in the face of Coren’s volley of invective, replied: “Maybe my favourite tweet ever, especially given Hackney is and always will be the exact opposite to ‘corporate’.

“Will always defend a Spoons, perhaps the most diverse and inclusive pubs in Hackney.”

But others pointed out that Wetherspoons boss Tim Martin is a vocal Brexiteer who donated money to the Leave campaign.

Hackney voted overwhelmingly for Remain in the EU referendum.

As @nightczar I’ve demanded an urgent meeting with @PhilipGlanville to express concern that @hackneycouncil‘s restrictions will stifle its world renown nightlife-and to discuss a way forward. I will take written representation from businesses/residents- email mayor@london.gov.uk

Glanville expressed his bewilderment when London’s Night Czar Amy Lamé voiced her opposition to the plans.

Lamé tweeted to say she had “demanded an urgent meeting with Glanville to express concern” that the “restrictions will stifle Hackney’s world renown [sic] nightlife – and to discuss a way forward”.

Odd given she’s been consulted throughout the process. https://t.co/u7tfJUCbRv

Glanville responded: “Odd given she’s been consulted throughout the process.”

Campaign group We Love Hackney maintains that the new licensing rules are out of step with the borough’s “world-wide reputation for its vibrant, diverse nightlife”.

In an open letter published ahead of Wednesday’s full council meeting, the group wrote: “The policy is a gift to big corporates and risks turning Shoreditch into a bland replica of Leicester Square.”