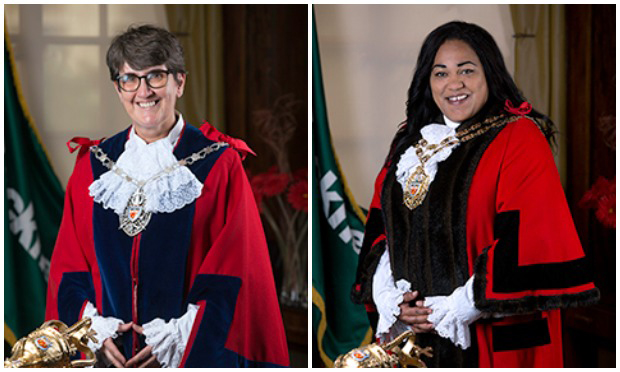 Hackney Council paid tribute to its outgoing Speaker Soraya Adejare last night as it elected Clare Potter to be its new Speaker for 2018/19.

Cllr Potter of Brownswood ward, who was Deputy Speaker under Adejare, was elected speaker last night (23 May) at the council’s annual general meeting.

All 52 Labour councillors voted for Potter, while all five Conservative councillors abstained. She was elected with 91.2 per cent of the vote.

Potter, who has worked in the construction industry training women and young people, has been a councillor since 2014, when she was elected with 53.2 per cent of the vote, and re-elected on 3 May this year with a slightly increased majority of 54.5 per cent.

She will be joined by Cllr Kam Adams of Hoxton East and Shoreditch as Deputy Speaker.

At the meeting, Mayor Philip Glanville thanked Cllr Adejare, who has attended 221 events in her term and raised more than £9,000 for her nominated charities Skyway, Access to Sports and Off Centre.

“You’ve served this borough an incredible amount”, said the Mayor. “My abiding memory of working with you is of your passion for this borough and for young people.”

Cllr Michael Levy, leader of the Conservative group, said Adejare’s “good-natured and even-handed running of council proceedings was a breath of fresh air”.

Conservative councillor Simche Steinberger added: “This year was the first year I’ve been a councillor that I’ve felt democracy is here.

“You have been very fair; you have always let us [opposition councillors] speak.”

He added: “You’ve done a fantastic job. I really thank you very much for being so fair.”