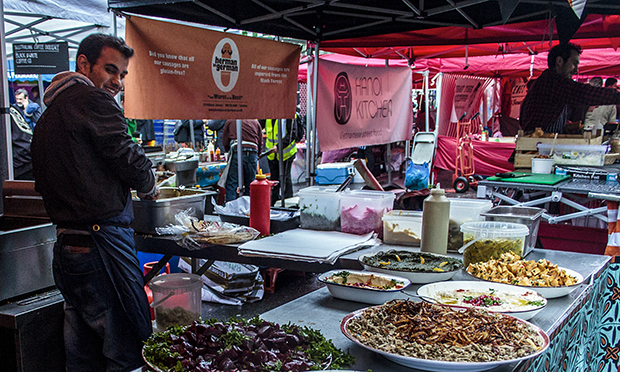 Vendors at three of the borough’s bazaars raised concerns over a lack of promotion and accessibility in response to a recent survey by Hackney Council.

But the Town Hall says it has been developing individual plans for Hackney’s six markets since 2015 to ensure their “longevity and success”.

Local councillor Ian Rathbone, who is involved in both Chatsworth Road and Well Street markets, said traders also “need to play their part” in promotion and coming up with ideas. 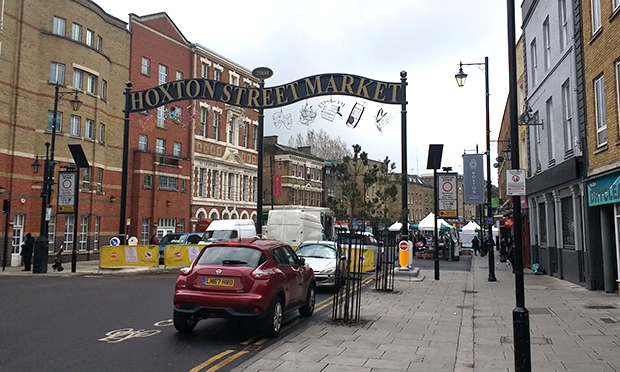 At Hoxton Street Market, which dates back to 1687 and is considered one of the few remaining old fashioned East End markets, traders have identified parking restrictions as a key contributor to falling customer numbers, along with online competition.

Trevor Tapper, who has run a toiletries and perfume stall for 12 years, told the Citizen that temporary parking controls introduced for the 2012 Olympics remain in place, putting off potential customers from visiting the market by car.

He said: “We were told that it was only going to be while the Olympics was on. Nearly six years on and the parking restrictions are still in place because once the council finds a way to raise revenue everything stays.

“We’ve lost a lot of customers since then and we’ve never been able to get them back.

“The market needs to have some form of relaunch in the summer to let people know it’s still here. It’s not advertised well enough and parking is a major issue.”

Tapper welcomed a move by Town Hall to hold monthly meetings with Hoxton Street traders to discuss ways to improve the market’s fortunes, including discounted fees for running multiple pitches.

He said: “Hackney council have been quite helpful in that respect but, no matter how cheap the fees are, if you haven’t got the foot-flow walking through the market it’s no good to me.

“I need people coming through who are going to spend money.”

Of the 27 Hoxton traders quizzed by the council, 48 per cent said customer numbers had decreased in the year to July/August 2017, while only seven per cent noted an increase.

Sales figures for that period followed a similar pattern and the outlook of vendors was not optimistic – 37 per cent expect the decline to continue over the next year and only 11 per cent anticipate an improvement.

Lifelong Hoxton customer Susan Oliver is running a Facebook campaign to raise awareness of the market’s difficulties and put pressure on the council to do more to help traders.

She said: “It’s such a nice market. You know everyone’s name and even swap Christmas cards. They are such nice people down there – it’s a community.

“But the stalls are leaving. One stall will go and then another one. If you contact Hackney Council, they’ll say ‘We’ve got 50 stalls down there’, and I’m like ‘Well, where are they?’

“They might have them registered but they are certainly not out on the market.” 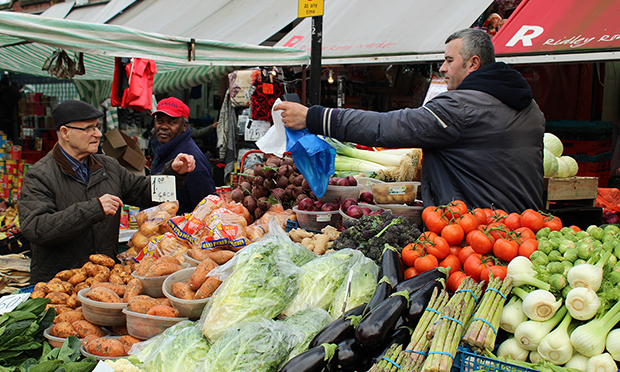 Marketing problems?: Ridley Road is famous for its fruit and veg

Ridley Road stall-holders revealed an even steeper drop-off in customer numbers over the year, with 60 per cent of traders reporting a decrease and 21 per cent saying numbers were static.

The council’s survey sparked fears on social media about gentrification, and children at a local primary school recently illustrated their thoughts about the changing face of Ridley Road.

Chatsworth Road’s weekly Sunday market is faring slightly better, according to the survey data, but 35 per cent of traders still noted a decline in footfall during 2016/17 – forty-seven per cent said numbers had remained level.

Despite this picture of a subdued trading environment, there is hope that a shake-up in the market’s management – Hackney Council is set to take greater control – will provide a welcome boost. 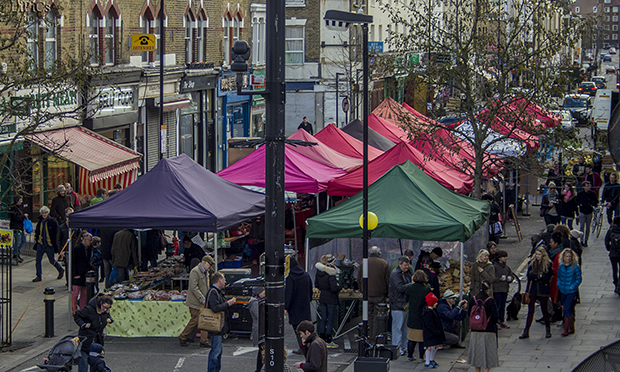 David Wilkinson, who has run the Downland Produce organic meat stall for six years, said: “The market’s got a lot quieter – there are fewer people here and more empty stalls which is a great shame. But it’s all changing and the council are going to run it from next time out.

“They need to put it on social media, promote it hard and possibly have it as a bit of a showpiece.

Well Street market reopened in December 2016 on the back of an £83,000 crowdfunding campaign which received significant contributions from both Hackney Council and the London Mayor’s office – £8,000 and £20,000 respectively.

But the monthly market has so far had just one day of trading in 2018 – an all-female takeover event held in March to celebrate International Women’s Day – with the next opening set for 7 April.

Cllr Rathbone has been actively involved with the traders’ associations at both Well Street and Chatsworth Road for a number of years, and told the Citizen that a longer- term view of market success needs to be taken, given that many have relaunched in recent years and effectively “started from nowhere”.

Speaking about the promotion of the borough’s markets, Rathbone said: “It’s about a partnership between the council and the traders. We all need to work on the partnership but the traders need to play their part.

“They need to do more work for the common good on the market, which means putting in extra time, coming to meetings and thinking of ideas for the whole of the market – about how they can all work together to make it a better place – because a market is not only a place where you sell and buy things, it’s also a community hub.” 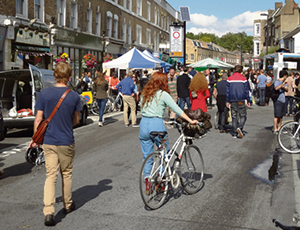 The exception to the overall trend is Broadway Market, where 26 per cent of surveyed vendors reported an increase in both customer numbers and sales over the year, with 32 per cent saying figures have remained stable.

Looking ahead, 57 per cent of Broadway traders expect to see a similar trading pattern while 21 per cent are hoping for growth.

Kim Wright, the Town Hall’s group director of neighbourhoods, said: “Hackney’s markets are an essential part of our community, not only serving as places to shop but also as social spaces.

“We understand that retail businesses are facing challenging times which affect our street markets too, so we developed a strategy in 2015, which was reviewed in 2017, to help address issues like decreasing footfall and to implement ways to improve the overall visitor experience.

“Developing individual plans for each of the borough’s unique markets has already delivered growth in stall holder numbers in addition to the re-opening of Well Street Market.

“These plans alongside regular consultation with stall holders and residents will help ensure the longevity and success of Hackney’s markets.”

For more information on Hackney’s markets. or if you’re interested in becoming a trader, please visit the council’s website here