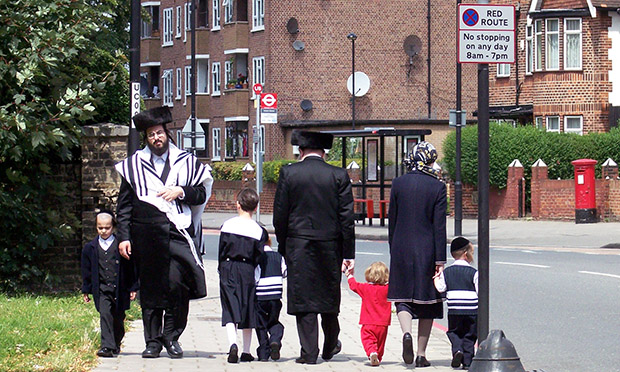 Mayor Philip Glanville has called on the government to take urgent action over unregistered orthodox Jewish schools in Hackney.

A new report by the council’s Children and Young People’s Scrutiny Commission (CYPSC) identifies up to 29 “yeshiva” schools in the borough which operate outside the authority of the Department for Education (DfE).

CYPSC said this allows large groups of children to be educated in environments where there are “few if any safeguards in place” to ensure their well-being.

Glanville said: “We have a safeguarding duty to every child in this borough, and it would be a dereliction of that duty to overlook our ability to safeguard any child or group of children.”

The report describes a “complex and difficult situation” where the cultural and educational traditions of the Charedi orthodox Jewish community are at odds with the council’s responsibility to safeguard local children.

Yeshivas in Hackney – concentrated in the Stamford Hill area – provide religious instruction to an estimated 1,000-1,500 orthodox Jewish boys aged 13-18, none of whom are protected by the formalised safeguarding procedures provided by state-authorised schools.

Their curriculum is not regulated by the DfE, meaning children do not receive formal qualifications and are not guaranteed to study the range of subjects deemed necessary to “thrive and live independently”.

Glanville added: “As a council, we champion and reflect Hackney’s diversity and want the Charedi community to continue to flourish and prosper in Hackney, but there does need to be a frank discussion about how a more fully rounded approach to education could make the community more economically sustainable in the long term.

“Both the council and the community must reflect on the content of this report, but primarily, the government must act on the issue of unregistered settings, as a matter of urgency.”

Over the last year, the CYPSC has consulted with a community groups and safeguarding agencies about concerns over yeshivas, including the City and Hackney Children’s Safeguarding Board and the Interlink Foundation – a Jewish charity membership organisation.

Both were approached by the Citizen for comment but had not responded at time of writing.

It suggests current legislation is effective only in so far as giving powers to intervene in individual or isolated cases, but not with “a whole section of children and young people who are of school age and systematically being educated in unregistered settings”.

Responding to these findings, a DfE spokesperson said: “Unregistered schools are illegal and unsafe. There are clear powers in place for local authorities and the police to intervene where children are being put at risk or not receiving a suitable education. We expect them to use them and will support them to do so.

“We have established a joint team with Ofsted and given them additional resources to step up investigations into these schools and work with us to take whatever action is required, including closing the school or working with the police and Crown Prosecution Service as necessary.”

A key recommendation of the report is that partnership between local agencies and the orthodox community is crucial to addressing the issue of yeshivas.

But the council concedes there is currently “limited common ground” on how such a partnership can be developed.

“Irreconcilable differences” are identified between orthodox parents wanting a traditional religious educational pathway for their children and the requirements of education authorities for a “balanced curriculum” and official monitoring procedures such as Ofsted inspections.

Chair of the CYPSC Cllr Christopher Kennedy said: “Our research brought to the fore the fundamental clash between parents’ wishes to educate their children at these settings and the rights of children to a broad education, where their safety is paramount.

“The government holds the key to enable local and national agencies to bring unregistered settings into compliance, and I would echo the council’s repeated calls for them to do something about this situation.”

The CYPSC report can be read in full here