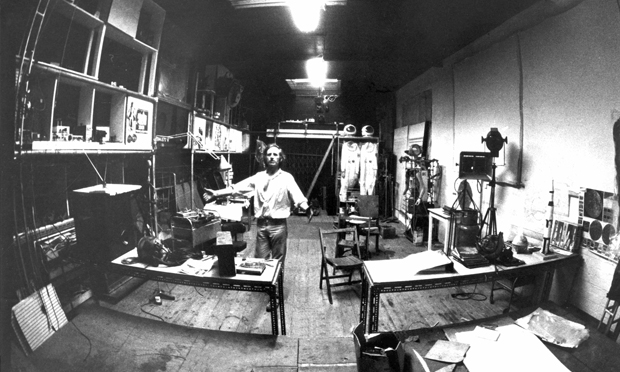 If, in the face of rising rents and studio demolitions, East London is still London’s cultural engine, then perhaps SPACE is the wise old master mechanic, ensuring that the thing keeps purring after 50 years on the road.

From 1968 and its inception by Bridget Riley, Peter Sedgley and Peter Townsend (inspired by a trip to NYC and the way art was already transforming its industrial neighbourhoods), the artists’ hub has clocked up half a century of providing affordable studio space and nurturing, exhibiting and providing opportunities for artists. A new book is planned chronicling SPACE’s history (more on that in a Citizen to come).

However in typical SPACE fashion, rather than a straight-up retrospective show, they have asked some exciting new voices in contemporary European art to tackle the themes of memory, time and, yes, space. 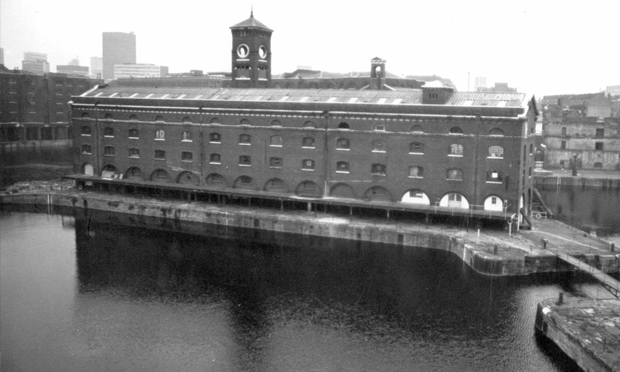 Janne Schäfer and Kristine Agergaard have been working together as J&K since 1999. Taking 1968 and SPACE’s inception as a start point and 2068, 50 years in the future, as something to project forward to, they’ve used ‘time travelling’ guided meditations with current and past SPACE associates to reveal the hidden data, sights, sounds and smells held in the organisation’s active and departed buildings.

The resulting exhibition, The space consists of a circle that travels in time dispenses all of these findings in one non-linear, multi-sensory experience that’s not be missed. They took time out of setting up to chat to the Citizen:

Can you describe how the time travelling sessions with former and current SPACE artists went? How does the process work, and how do you draw out the detail you are looking for?

Kristine Agergaard: The time travelling is a kind of guided meditation in which one is directed to a specific point in time. Through abandoning rational thought and allowing an expanded state of mind, one can enter into a different zone of perception. We are guiding participants to be equally receptive to any kind of experience, however subtle or vivid it may be.

We have worked with this technique a lot on ourselves but for the commission with SPACE we did time travelling with groups for the first time. And we were astounded that each and every participant actually had an experience of entering into another reality of time and space.

After each session we recorded the reports of the experiences, and later on the recordings were transcribed and from this material we extracted what we call “excavations”; objects, colours, smells, sound elements and atmospheres. The work is directly based on these excavations, which work as a inventory of materials for the sound piece and the physical installation.

What did said meditations reveal about the various sites you held them in? What, if any, narratives or common threads emerged? 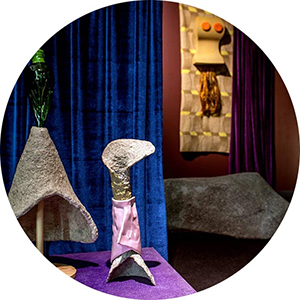 Some of J&K’s other work, The Emancipation of O.O.O. (2017). Photograph courtesy of the artists

Janne Schäfer: Surprisingly there were a lot of overlaps between the many different experiences. Many people had visions of derelict or half open architectonic structures, plants, water streams, biospheres, dogs and squirrels re-emerged. And generally there were a lot of visions regarding a future in which the notion of art is becoming more and more immaterial and where the boundaries between life, art, food and sexuality were dissolving.

K: There were many overlapping experiences at the various sites. For example many people had the experience of being in a dark and wet basement environment in the past, and a biospherical garden in the future. Many people met a dog, also a squirrel and panthers were reoccurring animals. As well as the colour blue.

How did it come about that your first solo show in the UK is not only being held at SPACE, but is also so intimately connected to it?

K: I think they chose us for this as we often work in very context-specific ways, and also like to work with cultural references across different historical time epochs.

Are you interested in futurology and history, or do you ‘prefer’ the more abstract, sensory ‘time travel’ gleaned in your work?

J: We are really interested in both aspects. In many of our works we are playing with an expanded or exploded way of looking at history and time, in order to scrutinise stereotypical notions of culture and identity.

We are also curious to speculate and play with how we can approach the cosmos from a non-humancentric perspective, in order to gain more insight and respect for the universe and to take ourselves, as a species, a little less serious for the benefit of life at large.

How did you construct the audio component of the exhibition? Are there any other sensory facets to it you’d like to give away to our readers?

J: The 6 channel sound piece is composed from text fragments steaming from the time travel reports and sound elements that people experienced there. It was composed in collaboration with sound artist Jacob Kirkegaard into a layered and psychedelic piece to animate the material installation. We are also working with smells in addition to the many objects and materials that we are composing the installation from. 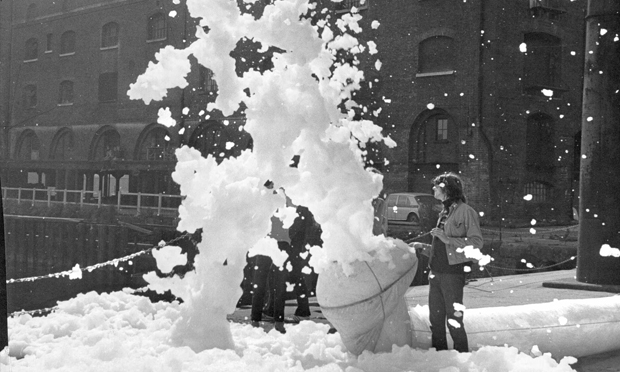 What do you feel that you now know about both 1968 and 2068, that you didn’t before the outset of this work?

J: As the title of the show suggests, there seems to be a circular relation between both moments in time. We found out that many of the future visions seemed to be the realisation of many 1968 ideas coming to pass.

Surprisingly, the past was often a darker and more unfulfilled space, and the future was often seen as a very positive and radical space in which real change was taking place.

The space consists of a circle that travels in time opens to the public tonight, 18 January, and continues until March. The exhibition is free and open to all.

If you’d like to take part in a time-travelling session with J&K, they’re running a free, open to all group meditation on 20 January, with a focus examining the role of art in the future. For more details, visit the exhibition page on the SPACE website