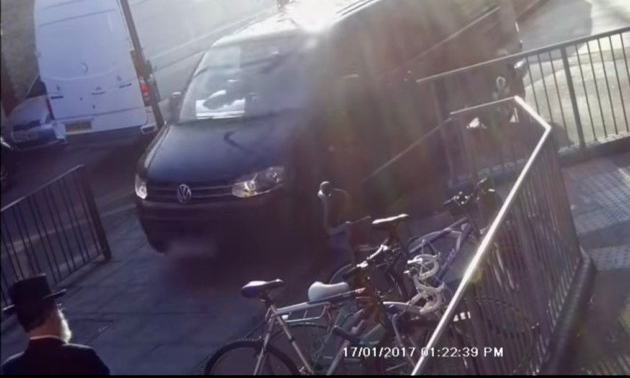 A trial scheme to shut off the roads outside four Hackney primary schools at morning drop-off and afternoon pick-up times is set to begin later this month.

The nine-month School Streets pilot will see all traffic, except for buses and cyclists, banned from the roads outside Tyssen, Gayhurst, Millfields and London Fields primary schools.

Drivers caught flouting the ban on camera could face a fine of up to £80, but local residents and businesses will be able to apply for an exemption, free of charge.

The council hopes the initiative will improve air quality and road safety for pupils, as well as encourage people to walk, cycle or use public transport for school journeys.

She said: “Fewer cars on the roads around schools will reduce pollution and the risk of children being involved with collisions.

“Our parents and families have been incredibly supportive of the scheme as it will benefit everyone.”

Restrictions on traffic will apply for 30-45 minutes at specified drop-off and pick-up times, which will vary from school to school.

At the end of the pilot, the council will decide whether to make the scheme permanent and expand it to include other schools in the borough.

Cllr Feryal Demirci, Cabinet Member for Neighbourhoods, Transport and Parks, said: “Too many children in Hackney are driven to school. It’s bad for air quality and it’s bad for their health.

“School Streets is one thing we’re doing to try to make it safer and easier for children to walk and cycle to school.”

Eighty-four per cent of respondents to the consultation for Gayhurst supported the proposals, and 77 per cent for Millfields.

The consultation for the two schools closed in October.

The survey for Tyssen Community School closed last month and the results are currently being compiled.

Residents can submit their views on the scheme outside London Fields Primary School until 12 January.

But one resident has raised concerns about plans for a bus gate on a road junction near the school.

The gate would operate in Lansdowne Drive, between Trederwen Road and Croston Street, and stop traffic being pushed into the surrounding streets next to the school.

It could be implemented all day or at set times, subject to the consultation.

Local resident Paul Parker said: “The bus gate was overwhelmingly rejected during the consultation with regards to street calming measures in 2016, and therefore should not have been reintroduced under the guise of an alternative scheme.”

The school says parents have been supportive of the scheme, including those who drive.

Georgina Habanananda, the school’s Inclusion Manager, said: “Although Crondall Street is a no-through road, there were times when it was very unsafe for the children.

“Cars would drive quite fast down the road to drop children off directly at the gate and there was also congestion, as the road is wide enough for one car only.

“Now drop-off and pick-up times are much calmer. The road itself feels safer and there have been no aggressive car arguments outside of the school.”

A Hackney Council spokesperson said: “The issues that School Streets addresses (road safety, exposure to air pollution, congestion at the school gates) are common issues faced by many schools in the borough and we are testing School Streets to see if it’s a solution that could be transferable to a wider application.”

Last year, the Town Hall posted shocking CCTV footage of five cars using the pavement on Oldhill Street in quick succession, with pedestrians being forced to skirt around them.