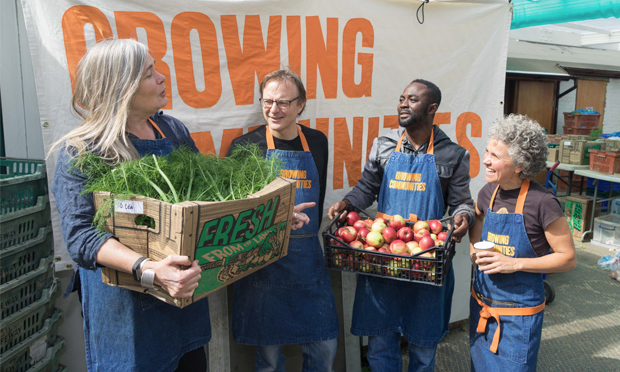 Winter veg: Growing Communities are readying bags of fresh goodies for those in need this Christmas. Photograph: Ben Dwyer (@cultiv8media)

Users of both Clapton and Stoke Newington food banks will arrive to the rare sight of some fresh produce next week, courtesy of local food non-profit Growing Communities.

Growing Communities are getting around this by disseminating what they describe as “bumper bags containing two weeks’ worth of produce” directly to the banks – at the Upper Clapton Foodbank Centre next Wednesday and Stoke Newington Foodbank on Thursday.

The Citizen has seen a likely breakdown of the goods on offer, which range from half-kilo packs of staples such as onions and carrots to a more seasonal selection of Christmas dinner faves like parsnips and brussels sprouts.

There will also be an array of fruit, and chutney made in Dagenham, where Growing Communities have an urban farm. 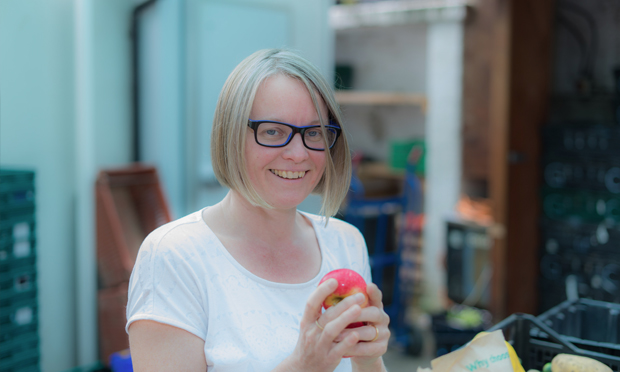 “People attending our foodbanks do really appreciate fresh fruit and veg when it is available,” said Colleen Beasley, Project Coordinator at Hackney Foodbank.

“Due to the way we are set up this is very rare and only usually happens when we can receive and disseminate the fresh produce on the same day (or thereabouts).”

“We have arranged to drop off the fresh fruit and veg on the days the banks are open, so it can be handed straight over to those who need it,” clarified GC veg scheme coordinator Jo Barber.

“The rest of the year, we donate leftover produce to local charities such as North London Action for the Homeless and refugee support charity Akwaaba, which are closed over Christmas.”

The Trussell Trust, the UK’s largest provider of food banks, is expecting December to be their busiest month nationally, and some trustees have expressed fears of food shortfalls or even some banks running dry entirely. 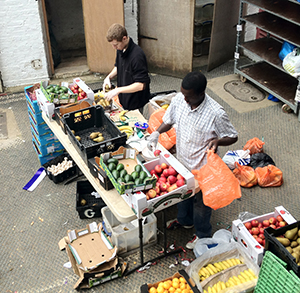 Growing Communities are helping to avert this catastrophe by relying on the generosity of their veg scheme members: “In our most recent research, some three-quarters of members told us they would be willing to donate at least some of their holiday bags to local food initiatives,” said Barber.

Alongside the drop-offs, the non-profit are also working on a project to cook fresh, organic ready meals from donated produce during peak holiday times throughout the year, further details of which will be announced soon.