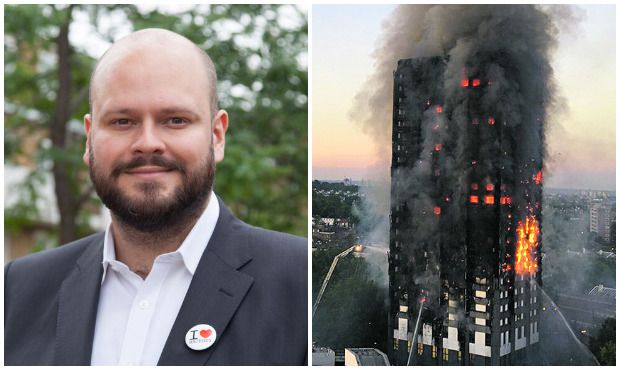 Mayor Philip Glanville has praised the council’s “commitment to transparency” in the wake of the Grenfell fire – despite its refusing to release old Fire Risk Assessments (FRAs) for Hackney’s tower blocks to the public.

It comes after the mayor apologised for incorrectly telling residents on the day of the fire that all FRAs for Hackney’s 181 high-rises were “up-to-date”.

In a speech on Thursday – seen by the Citizen – at the magazine Social Housing’s annual conference, Mayor Glanville said carrying out new FRAs for all council buildings and sharing fire safety information with the public was “crucial to reassure residents rightly worried from what they saw happen in Kensington”.

He added: “That’s why we’re taking the unprecedented step of publishing all 1,800 Fire Risk Assessments online so residents can look at them for themselves.

“They’re not perfect, and have thrown up a range of questions from residents, colleagues and the press – but this commitment to transparency is crucial if the people I represent are to have confidence in our work.”

However, Hackney Council is refusing to publish FRAs conducted before Grenfell for scrutiny – reversing an earlier pledge – and has rejected the Citizen‘s Freedom of Information request for the documents.

The council is also refusing to provide its Red-Amber-Green fire safety ratings for Hackney’s schools, saying they are “not intended for public use”, and only released a report on school cladding after a Freedom of Information request.

In his speech Mayor Glanville said the council is waiting for the government’s Public Inquiry into Grenfell and the Independent Review of Building Regulations and Fire Safety to help inform its next steps.

“Should we retrospectively fit sprinklers to all our tower blocks? Do the front doors in all of our homes meet modern building regulations?”, said the mayor.

“What other factors led to the fire at Grenfell that could have wide-ranging implications for the way we manage and maintain our homes?”

Currently only two of Hackney’s 181 tower blocks have sprinklers. The council has said it will retrofit sprinklers if recommended by the London Fire Brigade, Fire Risk Assessors or the council’s independent fire safety advisers.

Mayor Glanville also spoke about the cost of fire safety work in Hackney, where 44 per cent of homes are council-owned, one of the highest proportions in the country.

He criticised the impact of government cuts on fire safety, adding: “We should not be forced to choose between the safety and quality of our tenants’ homes.”

“We will of course complete any fire safety work that is necessary to ensure the safety of our residents,” he said. “But we cannot, and will not, be forced to choose between that and fixing the wider housing crisis.”

The mayor urged the government to commit to funding fire safety work nationally and establish a new independent institute for fire safety regulation.