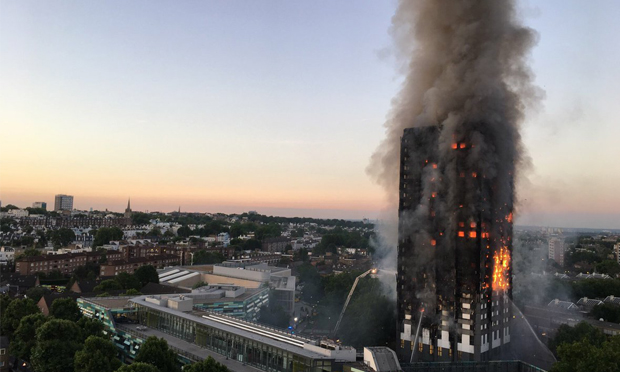 Only two of Hackney’s 181 social housing tower blocks have sprinklers installed, the council has confirmed, as fire safety comes under scrutiny following the Grenfell Tower fire.

A spokesperson told the Hackney Citizen: “The only blocks with a fire sprinkler system are Scotney and Exbury on the Frampton Park Estate.”

This accounts for 1.1 per cent of social housing tower blocks in the borough, and means 98.9 per cent of high rise blocks do not have sprinklers installed.

Since 2007 the law says new buildings taller than 30 metres must have sprinklers. The government recommends older blocks have sprinklers “retrofitted” but this is not required by law.

The council spokesperson said the sprinklers were installed there in 2016. This was three years after a 2013 coroners report into the 2009 fire at Lakanal House, Camberwell, recommended sprinklers in every tower block.

Hackney Council was at first unable to say how many high-rise buildings had sprinklers when contacted by the Citizen on June 15. Mayor Philip Glanville, the former cabinet member for housing, revealed the number was two on Twitter the next day in response to the Citizen‘s story.

The answer is two blocks so far and that was based on fire risk assessments carried out by the Council.

Hackney Liberal Democrats spokesman Dave Raval said: “Only two blocks being fitted with sprinkler systems despite the coroner’s report into the Lakanal House fire published in 2013 recommending that all high-rise blocks be fitted, will be concerning to many residents.

“We want to know why more sprinkler retrofits have not been completed especially as the Mayor talked up the importance of doing so when the Frampton Park Estate was completed.”

After last week’s fire at Grenfell Tower in West London, which has killed at least 79 residents, Mayor Glanville and Cllr Clayeon McKenzie, Cabinet Member for Housing, said in a statement:

“All of our buildings have an up-to-date fire risk assessment. Any priority work needed following these assessments has been done and we continue to monitor fire safety through estate inspections and our estates officers.

They added: “Despite this we cannot afford to be complacent, and will apply any lessons learned or recommendations arising from this terrible accident.”

Do you have any information about fire safety in Hackney? Email editor@hackneycitizen.co.uk