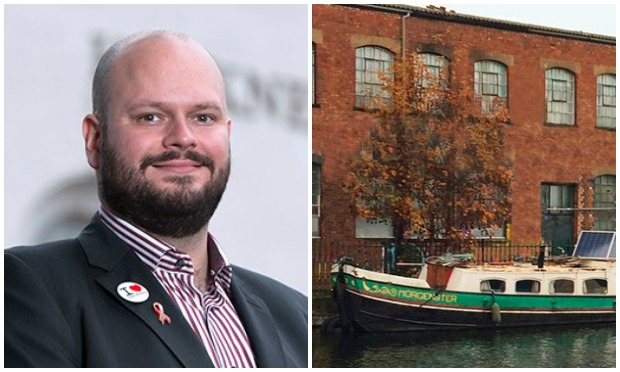 Hackney’s Mayor has refused to comment on Vittoria Wharf (Photo: Save Hackney Wick)

Mayor Philip Glanville’s silence on plans to demolish Vittoria Wharf has been criticised by campaigners, who say he should use his seat on the London Legacy Development Corporation (LLDC) to influence the proposals.

Vittoria Wharf in Hackney Wick, which sits in the borough of Tower Hamlets, is being torn down and replaced with two bridges.

However, Mayor Glanville has refused to comment on the development, with a spokesperson saying the plans are an issue for the LLDC’s planning committee.

Lucy Rogers, a spokesperson for Save Hackney Wick, told the Citizen: “John Biggs has used his position on the board and made his views known. But Philip Glanville remains shtum, as they all do on this board. 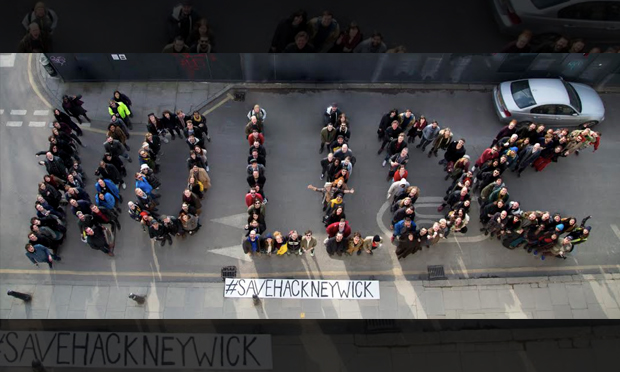 Protest: Campaigners on Fish Island spell out ‘No LLDC’ (Photo: Save Hackney Wick)

“They’re like sleepwalkers. They come in, do some doodles on paper, listen to the chair and then leave.”

She added: “The Mayor of London [Sadiq Khan] and Jules Pipe say democracy is served due to the representatives from the boroughs being on the board and planning committee.

“They’re there to speak for the public interest of the boroughs, so it’s all very democratic.

“It supposedly is up to Philip Glanville to at least comment.”

When asked whether the mayor backs the plans, a spokesperson said: “We’ve got nothing to add. The site isn’t in Hackney and is an issue for the LLDC’s planning committee, which the Mayor does not sit on.”

The Mayor declined to respond to the criticism from Save Hackney Wick.

Tower Hamlets Mayor John Biggs, in his letter to Pipe, said: “I am fundamentally concerned at the apparent lack of consideration that the LLDC has given to genuine local representations against the wisdom of this bridge and the need for additional crossings.”